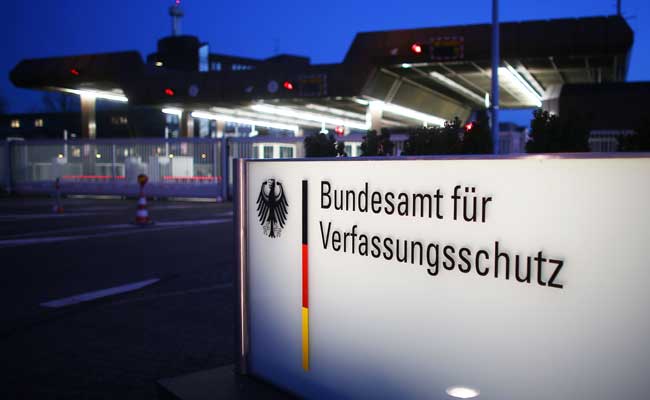 The man had planned to plant bomb at the country's domestic intelligence agency headquarters in Cologne.

Berlin: Two weeks ago, German intelligence agents noticed an unusual user in a chat room known as a digital hideout for Islamic militants. The man claimed to be one of them - and said he was a German spy. He was offering to help Islamists infiltrate his agency's defenses to stage a strike.

Agents lured him into a private chat, and he gave away so many details about the spy agency - and his own directives within it to thwart Islamists - that they quickly identified him, arresting the 51-year-old the next day. Only then would the extent of his double life become clear.

The German citizen of Spanish descent confessed to secretly converting to Islam in 2014. From there, his story took a stranger turn. Officials ran a check on the online alias he assumed in radical chat rooms. The married father of four had used it before - as recently as 2011 - as his stage name for acting in gay pornographic films.

Authorities on Tuesday said they had arrested him on suspicion of preparing to commit a violent act and for violating state secrecy laws. His arrest was first reported in Germany's Der Spiegel. But two German officials familiar with the case - a senior intelligence official and a senior law enforcement official - revealed significant details about his double life. They include his role in pornographic films, which could cast a fresh light on the judgment and vetting of the German intelligence agency at a critical time.

News of the case sparked a storm of outrage in Germany, even as critics said it raised serious questions about the country's bureaucratically named domestic spy agency, known as the Federal Office for the Protection of the Constitution (BfV).

As they scramble to contain a proliferation of new threats from the Islamic State terrorist group and lone wolves in Europe, German security officials have been credited with foiling plots. But they also have stumbled - including in the case of Jaber al-Bakr, a Syrian who was arrested last month on suspicion of planning an attack and who managed to kill himself while on a 24-hour suicide watch in a Leipzig jail cell.

Enter the unfolding case now of a porn-actor-turned-Muslim-convert-turned-spy-turned-Islamist-turncoat.

"It's not only a rather bizarre, but also a quite scary, story that an agency, whose central role it is to engage in counterespionage, hired an Islamist who potentially had access to classified information, who might have even tried to spread Islamist propaganda and to recruit others to let themselves be hired by and possibly launch an attack" against the domestic intelligence agency, said Hans-Christian Strobele, a member of the Parliamentary Control Committee that oversees the work of the German intelligence services.

The agency "needs to tell us immediately what exactly happened and how it could happen that somebody like this was hired," he said.

One senior BfV official, who discussed the matter on the condition of anonymity because he was not authorized to speak to the media defended the agency, said it was virtually impossible to protect against a breach like this.

"How should anyone have known this? He had acted under different names and identities online," he said. "Not his real name. One has to say that we were able to find out about all this very quickly and also actions were taken fast."

Those who have interviewed the suspect say he may have been mentally ill, and perhaps even had multiple personalities, according to the senior intelligence official.

But in hindsight, even officials in German security circles were asking how such a lapse was possible.

"With all the information coming out about this individual, the question has to be raised: how he was able to end up in the intelligence service and was able to hide all this from his workplace but also his family," said the senior law enforcement official, who spoke on the condition of anonymity to discuss the case.

In April 2016, the man began working for the BfV, charged with monitoring potentially violent Islamists in Germany. The ranks of Salafists - an ultraconservative sect of Islam - have been rapidly growing. In September, Hans-Georg Maassen, head of the domestic spy agency, estimated that there are at least 9,200 in Germany, up from 5,500 three years ago.

However, other members of the German intelligence service also charged with watching chat rooms noticed a user who claimed that he was working for the domestic spy service and offering vital information. They began a direct chat with him.

The user offered to facilitate access to the spy agency's headquarters in Cologne so that Islamist militants could commit violent acts "against unbelievers." The man, however, provided so much detail about his directives and role at the agency that the spies chatting with him were able to identify and arrest him by the following day.

In custody, the man, officials say, admitted under interrogation that he was a secret convert to Islam and that he had the aim all along to infiltrate the domestic spy agency so he could warn "his religious brothers" about the agency's investigations.

He told investigators that he had converted in 2014, after telephone conversations with somebody in Austria who went by the name Mohammed. Investigators asked him if this was Mohammed Mahmoud, an Austrian Egyptian who joined the Islamic State and who previously had run a website where he translated speeches of al-Qaeda leaders. The arrested man refused to confirm a surname.

Officials say there is no evidence yet that the suspect provided harmful details to Islamic militants. But German politicians charged with overseeing the domestic spy agency's work were calling for a review of its vetting procedures.

"One can be grateful that this came out," said Andr&#233; Hahn, a member of the agency's parliamentary control committee from the Left Party. "But it appears to have been rather a coincidence. It could also have happened that he would have worked there for years."

German intelligence agentsGerman SpyFederal Office for the Protection of the Constitution