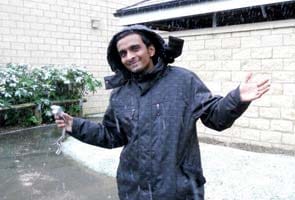 London: Universities UK, the representative body of varsities in the UK, today sought to reassure Indian and other international students that the country is "safe and tolerant" with low levels of violence and street crime.

Expressing sadness at the killing of Indian student Anuj Bidve in Salford on December 26 in an unprovoked attack, Professor Eric Thomas, president of Universities UK, said that such incidents were rare in the country.

"We at Universities UK would want to reassure current and future Indian students and their parents that this kind of incident is thankfully exceptionally rare. Compared to other countries, the UK remains a safe and tolerant country with low levels of violence and street crime," he said.

Professor Thomas recalled that a recent survey by the British Council showed that only a very small proportion of students had ever experienced any kind of crime here.

He said: "On behalf of all universities in the United Kingdom, I want to express our deep sadness at the death of Anuj Bidve. This is a devastating tragedy for his family and friends and the death of a gifted individual in such a manner is a loss for us all".

He added: "The British people have been appalled by this terrible event and Monday night's vigil bore witness to national and local feeling. The police are investigating the murder and we are confident that they will bring the perpetrators to justice".

The organisation said that UK universities took the safety and well-being of all students very seriously.

Institutions offer induction and orientation sessions for international students which include advice on safety.

The British Council also publishes an online personal safety guide for international students in the UK, it said.

Promoted
Listen to the latest songs, only on JioSaavn.com
With 133 members and offices in London, Cardiff and Edinburgh, Universities UK promotes the strength and success of UK universities nationally and internationally.