As recently as July 2020, while publicly repeating those assurances, Vitol was bribing government officials in Ecuador and Mexico. 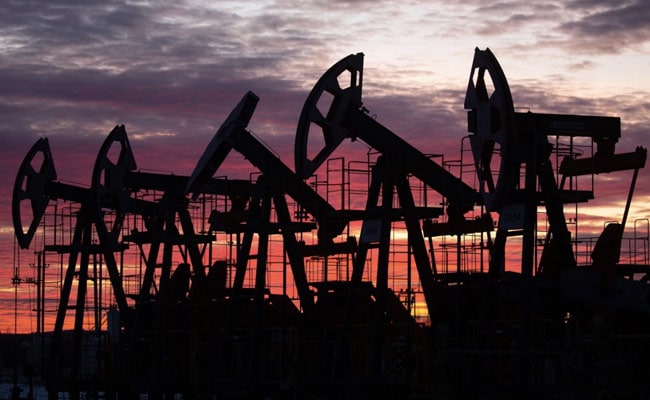 Vitol admitted to having bribed government officials for more than a decade, documents show

For years, the world's largest oil trading firm has maintained that it has "zero tolerance" for corruption. Now Vitol Inc. has admitted that it was paying bribes through a network of shell companies and sham contracts.

As recently as July 2020, while publicly repeating those assurances, Vitol was bribing government officials in Ecuador and Mexico.

In Brazil, a Vitol executive delivered cash to traders at Petroleo Brasileiro SA in exchange for the "gold number" -- the price at which Vitol should bid to win tenders from the Brazilian state oil company.

The revelations, from a deferred prosecution agreement between Vitol Group's US unit and the Department of Justice, are part of Brazil's so-called Carwash bribery scandal, that's described by the Petrobras chief as "an MBA in corruption."

They are a setback for all commodity traders, undermining efforts to cast off a reputation for malfeasance that's dogged the industry since the days of Marc Rich, the pioneer who spent two decades as a fugitive from American justice.

"The risk traders are taking in being compromised in such scandals is enormous," said Jean-Francois Lambert, a consultant and former trade finance banker. "Bad behaviors are simply not tolerated anymore and such wrongdoings are bound to be exposed sooner or later."

Agreeing to pay just over $160 million to regulators in the U.S. and Brazil, Vitol admitted to having bribed government officials for more than a decade, between 2005 and 2020, DOJ documents show.

"We understand the seriousness of this matter and are pleased it has been resolved," said Russell Hardy, Vitol's chief executive officer. "We will continue to enhance our procedures and controls."

The company paid more than $8 million in bribes to Petrobras executives between 2005 and 2014, according to the DOJ documents. In exchange, officials from the Brazilian oil company gave the trading house valuable information about its tenders, including the price of the highest bid from competitors.

That meant Vitol could bid for Petrobras's oil products at exactly the price that it knew would win. Within the trading house, this was referred to as the "gold number," according to the DOJ documents. In internal emails between the Vitol traders, information from the Petrobras officials was marked "PRIVATE AND CONFIDENTIAL_PLEASE", according to a separate order from the Commodity Futures Trading Commission.

Petrobras has said it is the victim of crimes unveiled by the Carwash probe and is cooperating with investigations.

On one occasion, in early 2013, an executive at Vitol in Brazil emailed his colleague in Houston the exact price that one of the trading house's competitors was bidding for a cargo of high-sulfur diesel, according to the DOJ documents.

"This is the gold number," he said. "Okay great...we'll take it," replied the trader.

Tricks of the Trade

The mechanisms Vitol used for paying bribes were hardly revolutionary.

Vitol SA, the Swiss unit that handles a large portion of the company's trading, sent money to intermediary companies via bank accounts in the U.S., Curacao, the Cayman Islands, the Bahamas, Portugal and Brazil.

On some occasions, the money was then converted into Brazilian currency by a "doleiro," a professional money launderer, before being delivered in cash to a Petrobras trader, according to the DOJ documents.

Vitol and the individuals involved in the scheme created fake invoices showing the payments were for consulting services and "market intelligence."

"Shell/offshore companies, fake consulting contracts, fake invoices, sham email accounts -- nothing is new under the sun," said George Voloshin, director for corporate intelligence and investigations at Aperio Intelligence. "The tricks of the trade have changed little from the previous century."

Authorities in the U.S. and Brazil are also investigating Vitol's rivals, Glencore Plc and Trafigura Group Ltd., on similar allegations.

Trafigura said it hired the law firm Quinn Emanuel Urquhart & Sullivan LLP to review the allegations. So far the firm's investigators believe "any allegations that current management were involved in, or had knowledge of, alleged improper payments to Petrobras are unsupported by the evidence and untrue."

Glencore, the world's biggest metals trader, declined to comment. It has previously said it is cooperating with the Brazilian investigation.

Non-governmental organizations and watchdogs say the investigations and Vitol's settlement give credence to their calls for greater regulatory oversight of commodities traders in Switzerland, where Glencore is headquartered and Vitol and Trafigura have major operations.

Vitol's deferred prosecution agreement "vividly illustrates the all too real corruption risks posed by commodity trading," said Anne Fishman, a commodities expert at Swiss NGO Public Eye. "In an industry where opacity prevails, Swiss traders once more are making the headlines, and for the wrong reasons. It shows that regulation of this sector in Switzerland is long overdue."

Vitol will have to submit reports to the DOJ's Fraud Section and Office at least once a year for three years, regarding remediation and implementation of a compliance program and internal controls and policies, the DOJ said.

"Vitol is committed to upholding the law and does not tolerate corruption or illegal business practices," said Russell Hardy, Vitol's CEO.