Amid Brexit Chaos, UK PM Boris Johnson Says He Will Not Contemplate Resigning

When asked if he would resign if he could not deliver that, he said: "That is not a hypothesis I'm willing to contemplate." 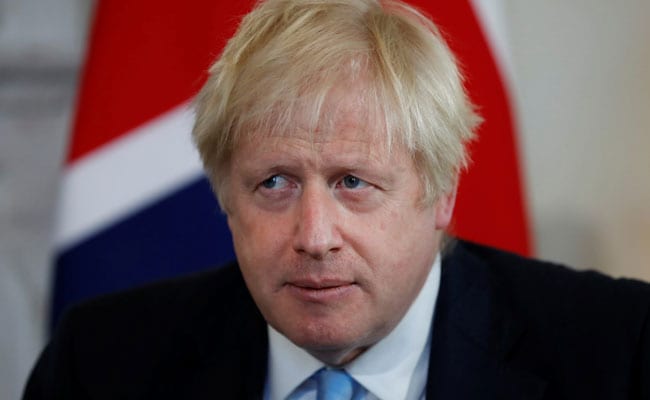 Boris Johnson is pushing for election on Oct. 15, two weeks before UK is due to leave EU

British Prime Minister Boris Johnson said on Friday he was not willing to contemplate resigning.

"I'll go to Brussels, I'll get a deal and we'll make sure we come out on October 31 - that's what we've got to do," Johnson told Sky News during a visit to Scotland.

When asked if he would resign if he could not deliver that, he said: "That is not a hypothesis I'm willing to contemplate."

Johnson is pushing for an election on Oct. 15, two weeks before the United Kingdom is due to leave the EU, though opposition parties say they want a no-deal Brexit ruled out before they will agree to an election date.

In a sign of how far Brexit has distorted British politics, Johnson's Conservatives expelled 21 rebels on Tuesday - including the grandson of Britain's World War Two leader Winston Churchill and two former finance ministers - for seeking to block any exit from the European Union without a deal.

On Friday, Johnson said the rebels expulsion "grieved me deeply".

"These are friends of mine. I worked with them for many years. But we have to get Brexit done and we were being very clear about the risks we're running now in snarling up the process of leaving the EU in parliament," he said.

"And yes of course I am going to reach out to those colleagues and have been reaching out to them, try and find ways of building bridges but I have got to be clear - we must get Brexit done."

(Except for the headline, this story has not been edited by NDTV staff and is published from a syndicated feed.)
Comments
Boris JohnsonBoris Johnson resignation