Lecanemab reduced the pace of cognitive decline in people with early Alzheimer's by 27% over 18 months when compared with a placebo, the companies said. 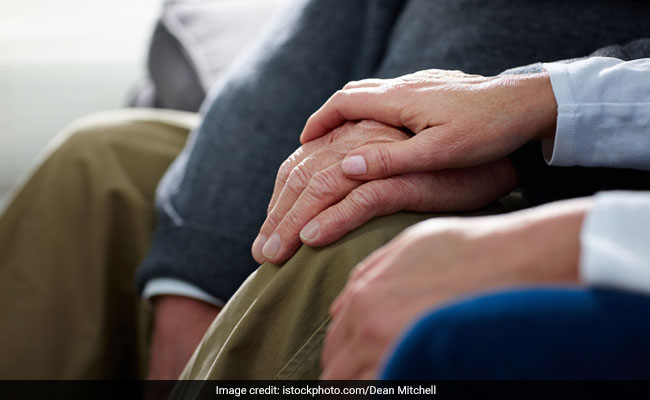 Eisai Co. and partner Biogen Inc. said their Alzheimer's drug significantly slowed the disease, making it the first medicine to clearly blunt the progression of the most common type of dementia in a definitive, large-scale trial.

Lecanemab reduced the pace of cognitive decline in people with early disease by 27% over 18 months when compared with a placebo, meeting the main goal of the trial, the companies said in a statement. The benefit came with side effects, including brain swelling and bleeding, though severe cases were rare.

The clear-cut positive result marks a major milestone for researchers who have been trying in vain for decades to stop the inexorable decline tied to the disease, but how much of a difference it will make for patients and families is less obvious. The medicine appears to unambiguously slow the disease, though it doesn't restore mental capacity or completely stop its loss.

The consistent pattern of improvement "is what the field has hoped for, and should result in favorable regulatory actions," said David Knopman, a clinical neurologist at the Mayo Clinic in Rochester, Minnesota.

"There is an important cautionary note, however: the magnitude of the delay - which was a slowing of decline - was small," he said. "We can only hope that the benefit is durable and could grow with time. Those long-term properties are unknowable at this time."

Eisai was untraded at its upper limit in Tokyo as bids outweighed offers by more than 19 times. Eli Lilly & Co, which develops a drug that works similarly to Lecanemab, rose 6.7% in the US after-hours trading Tuesday. Biogen's shares were halted.

The Alzheimer's Association welcomed the results, saying they were the most encouraging findings among clinical trials treating the underlying causes of Alzheimer's to date. Pharmaceutical analysts were equally bullish.

"We finally have what we believe to be a clean win in Alzheimer's disease," said Evan David Seigerman, an analyst at BMO Capital Markets. "The top-line data are clear to us - lecanemab slows the rate of cognitive decline," he wrote in a note to clients.

The trial met all key secondary goals, which included several other measures of cognitive function and the ability to perform activities, according to the companies' statement. Lecanemab is already being reviewed by US regulators under a special "accelerated approval" pathway. The companies said they would apply for full approval based on the results by March.

The treatment comes with some serious side effects, however, including brain swelling and bleeding. In the trial of 1,795 patients, 21.3% of those who received the drug experienced brain swelling or brain bleeding, while only 9.3% of those on a placebo had those problems. While most of these cases were asymptomatic, 2.8% of people on the drug had symptomatic brain swelling, the companies said.

Lecanemab is the latest in a long line of drugs aiming to remove amyloid, a toxic protein that clutters the brains of Alzheimer's patients. Numerous previous trials of amyloid-lowering drugs have failed or produced mixed results.

The results bolster the amyloid hypothesis: a long-held but controversial theory that the buildup of amyloid over time is one of the main causes of the disease. The Eisai success is likely to raise hopes for other anti-amyloid drugs in testing, including medicines in final-stage trials from Roche Holding AG and Eli Lilly & Co.

Eisai is developing lecanemab in collaboration with Biogen, which will share in half of the profit from the drug. A previous amyloid-lowering antibody that they developed together, called Aduhelm, was approved in the US in June 2021 despite contradictory trial results. While the drug slowed the decline modestly in one big trial, the other big trial showed no effect; and both trials were halted early. But the Medicare program for the elderly refused to pay for the drug outside of clinical trials, and it ended up a commercial failure.

The drug is likely to receive full approval by the US Food and Drug Administration based on the study results, said Lon Schneider, professor of Psychiatry and Behavioral Sciences at the University of Southern California. That's not the end of the discussion, however.

"The debate is going to be about the small effect size" and whether it is clinically meaningful, Schneider said in an interview.

Other questions also remain. There are doubts about reimbursement, while potential rivals may be on the horizon, Jefferies analyst Stephen Barker has said. The success will increase the confidence about the potential of Lilly's competing candidate, which will complicate investors' view on the commercial opportunity, according to Barker.

Eisai and Biogen have already applied in the US for so-called accelerated approval of lecanemab based on its ability to remove amyloid. The new study findings, though, will allow the companies to apply for full Food and Drug Administration approval, which could eventually lead to broad Medicare coverage.

In the statement, the companies didn't go into details about the findings. The full results are expected to be presented at a medical conference on November 29, and the companies also said they would publish the results in a medical journal.