All Non-Africans Descended From Single Migration Out Of Africa 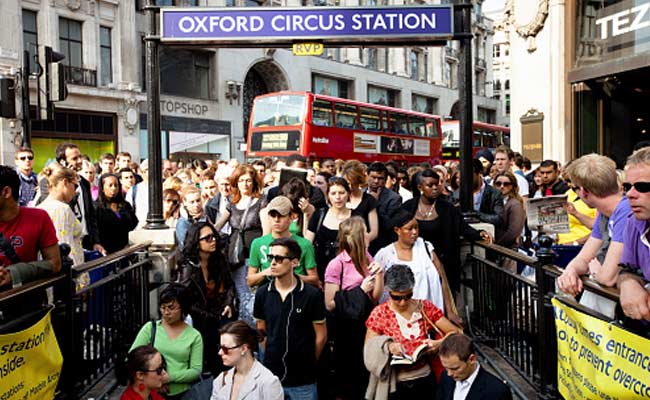 All non-Africans alive today descend from a single migration out of Africa some 72,000 years ago.

New York: Studying hundreds of new genomes from across the globe, researchers, one of them of Indian-origin, have found compelling evidence that essentially all non-Africans alive today descend from a single migration out of Africa some 72,000 years ago.

The findings are supported by three new genome sequencing studies published in the journal Nature.

One of the studies led by Harvard Medical School (HMS) geneticists sequenced samples from 142 smaller populations, most of which were previously understudied.

"We wanted to go out into the world and pull together as many of the ethnically, linguistically and anthropologically diverse samples as we possibly could," said first author of the study Swapan Mallick from Harvard Medical School.

The Harvard geneticists and their international team of colleagues began by selecting two genomes each from 51 populations represented in a collection called the Human Genome Diversity Project.

Next, they assembled samples from members of 91 other groups, including diverse Native American, South Asian, and African populations not previously included in genome-wide studies, and sent the DNA for sequencing. In all, the project analysed the genomes of 300 people.

A key conclusion - that the vast majority of modern human ancestry in non-Africans derives from a single population that migrated out of Africa - is also supported by two other whole-genome sequencing studies appearing simultaneously in Nature.

One, led by an Estonian group, focused on 379 whole genome sequences; the other, led by a Danish group, analysed 108 Australians and New Guineans.

Together, the three studies put to rest a lingering question about whether indigenous peoples of Australia, New Guinea and the Andaman Islands descend in large part from a second group that left Africa earlier and skirted the coast of the Indian Ocean.

They do not, the Harvard researchers said.

"Our best estimate for the proportion of ancestry from an early-exit population is zero," David Reich, Professor of Genetics at Harvard Medical School.

The study that analysed 108 Australians and New Guineans estimated that around 72,000 years ago, an ancestral population common to Aborginal Australians, Europeans and East Asians left the African continent.

"Discussions have been intense as to what extent Aboriginal Australians represent a separate Out-of-Africa exit to those of Asians and Europeans," said Professor Laurent Excoffier of the SIB Swiss Institute of Bioinformatics and the University of Bern said.

"We find that, once we take into account admixture with archaic humans, the vast majority of the Aboriginal Australian genetic makeup comes from the same African exit as other non-Africans," Excoffier explained.

The HMS-led study further revealed that the common ancestors of modern humans began to differentiate at least 200,000 years ago, long before the out-of-Africa dispersal occurred.

Promoted
Listen to the latest songs, only on JioSaavn.com
"It had been unclear whether the group that expanded out of Africa represented a large subset of the populations within Africa," said Mallick.

"This really shows that there was a lot of substructure prior to the expansion," Mallick noted.