Before upcycling became a hipster mantra, Ngure turned his apartment into a workshop and junk into art, his choice of expressing art as a developing culture of re-use. 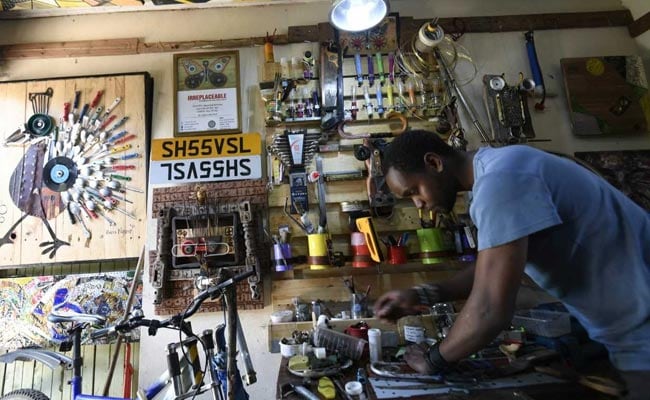 After trying his hand at painting and graphic design, Evans Ngure became a "junk artist" (AFP)

In a room that is both home and studio, Evans Ngure works on a sculpture, a fantastical fish fabricated from found objects: wooden spoons, broken scissors and an old machete.

Long before upcycling became a hipster mantra, Ngure turned his Nairobi apartment into a workshop, and junk into art, his choice of artistic expression echoing a necessary developing world culture of re-use.

After trying his hand at painting and graphic design, Ngure became a "junk artist" as an act of reciprocity and community.

"My goal is to have an impact on society, from the ground where I live to everybody that comes in contact with my art," he says.

Sometimes he forages for raw materials himself, sometimes his neighbours bring him items, sometimes buyers hand over bits and pieces.

People "end up seeing my work, they relate to it, so they take part by giving me stuff that I can use," he says. 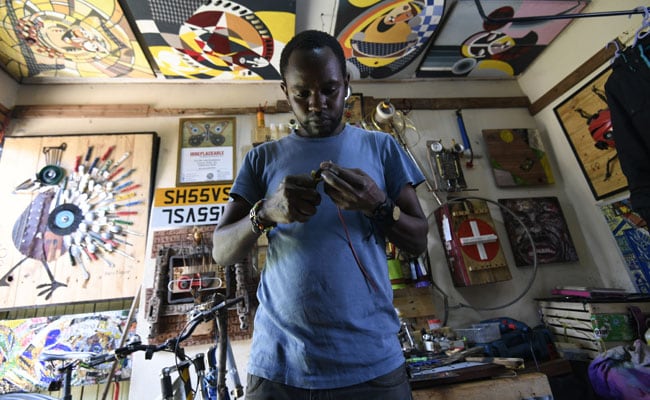 The artist's imprint is clear on the roof of the four-storey apartment building where he lives in the north of the Kenyan capital: reclaimed art is scattered about, a strip curtain made from hundreds of buttons leads inside.

To live from his art, Ngure makes and sells everything from small items of jewellery, to large pieces of art. Wire pendants, earrings and bracelets sell for $5-20 (4-17 euros) while bigger works and sculptures cost hundreds.

"Mostly it is the Kenyans that buy from me, especially the jewellery," he says, of his clientele, who visit him at home.

He takes out a brooch from a paper bag. It consists of a two-euro coin hanging from a golden wire, with beads and a miniature Eiffel Tower. 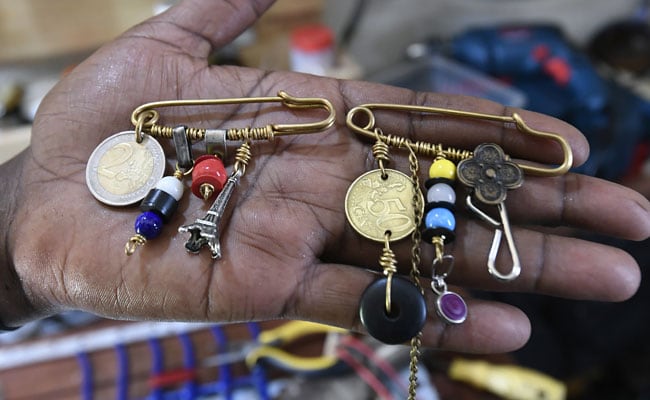 These are quick to produce and Ngure can make them in a matter of hours, but sculptures can take several days.

Ngure imagines himself resurrecting unwanted objects, and is constantly on the lookout, whether wandering downtown or scouring a rubbish dump.

"I also have a landfill where I go to collect, even around here I have a place where I collect," says the 29-year-old.

Closest by is an informal dump spilling across a dirt road between a pair of buildings near to his home. Here, Ngure salvages discarded plastic toys and tin cans, leaving with his arms full.

"I am collecting whatever material I find... This is part of a motorcycle, so, by the look of this, it will end up as a very amazing sculpture," he says, with an enthusiastic smile, weighing the dented metal in his hands. 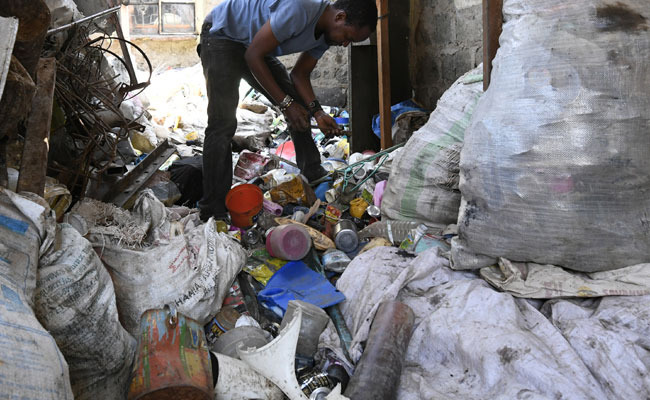 Give Things A Second Chance

Determined by the random chance of what Ngure finds, his sculptures have a sometimes surreal style.

"All my life I have been that kid that loves collecting stuff but it never blossomed until I went to campus where we started creating artwork from unconventional materials," says Ngure, who studied painting at Nairobi's Kenyatta University.

"I started adding things into my paintings, like buttons and cutouts from clothes, so that evolved into full collages entirely made from found objects."

As an example, he reaches for a peacock, its body made entirely from strips of old leather belts with cutlery for a train.

Recycling has become such a core element of Ngure's life and work that he can't but anthropomorphise the components of his art. 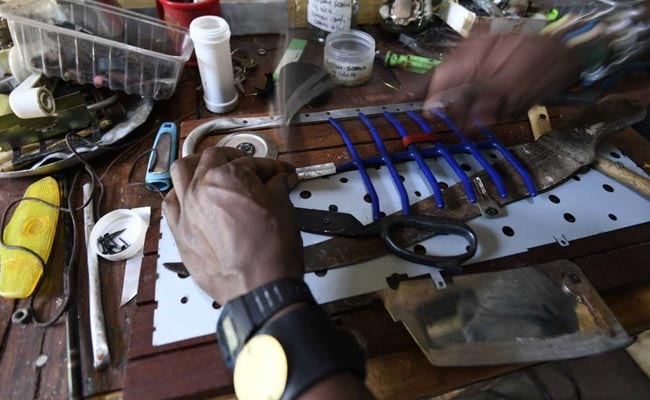 Evan Ngure makes and sells everything from small items of jewellery, to large pieces of art.

"It is not only people that need second chances but also objects that cannot speak for themselves, they need that second chance: before you trash them, just re-think about them," he says.

The artist also wants to raise awareness about the protection of wildlife by making collages representing animals such as butterflies or ladybugs which he exhibited, with other works, at the British Institute a few months ago.