Keys To Embassy's Cars In My Office: Afghan Ambassador To China Quits

Javid Ahmad Qaem took to Twitter to detail how he had to scrape cash from the embassy's bank account to pay staff after the Taliban seized Afghanistan last August. 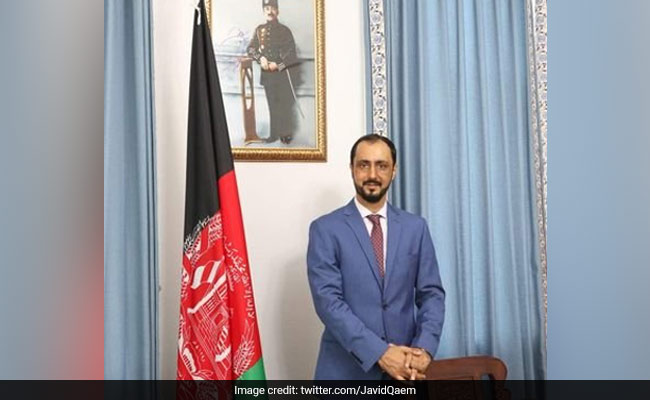 Javid Ahmad Qaem has served as ambassador since November 2019

Afghanistan's ambassador to China left a colourful resignation note for his post-Taliban takeover successor on Monday -- revealing that staff had not been paid for months and that a lone receptionist had been left to answer phones.

Javid Ahmad Qaem took to Twitter to detail how he had to scrape cash from the embassy's bank account to pay staff after the Taliban seized Afghanistan last August.

"Since we did not receive salaries from Kabul for the last six months, we assigned a committee from within the diplomats to solve the financial issues," Qaem wrote in a letter to Afghanistan's foreign ministry dated January 1 but posted to social media on Monday.

The end to an honorable responsibility: I quit my job as Ambassador. It was an honor to represent AFG ???????? and my people.There are many reasons, personal and professional, but I don't want to mention them here. I have handed over everything smoothly through a handover note. pic.twitter.com/a4A6y7yOBP

Still, he left some funds for his successor.

He did not say where he was going next.

In a portrait of a barely functioning embassy, Qaem's letter revealed he had left the keys for the embassy's five cars in his office and that a lone local hire had been assigned to answer queries after all the other diplomats left.

Many of Afghanistan's embassies are in diplomatic limbo, run by staff still loyal to the Western-backed government toppled by the Taliban.

Several Afghan diplomats have abandoned their Beijing postings since the fall of Kabul, Qaem wrote, calling his resignation "the end to an honourable responsibility" in an accompanying Tweet.

"I believe when the new person assigned, Mr Sadaat, arrives to Beijing, there will be no other diplomat left," the letter said, adding that China had been "well-informed".

It was not immediately clear of the whereabouts of his successor, or who had appointed him, and no immediate comment from Taliban officials in Kabul.

The Afghan embassy in Beijing appeared open as usual on Monday afternoon, with the internationally recognised Afghan tricolour raised and two security guards outside.

Qaem, who has served as ambassador since November 2019, had expressed concerns about the Taliban in media interviews shortly after China hosted a visiting delegation in July.

Since then, Afghanistan has been plunged into financial chaos, with inflation and unemployment surging.

China has provided millions to Afghanistan in aid since the takeover and the new regime sees Beijing as a crucial source of investment.

The Taliban have not appointed new representatives to most missions, however, and their government is not recognised by any nation.

Beijing is not the only Afghan embassy that has seemingly fallen into chaos.

Police were called to the country's embassy in Rome last week when a sacked Afghan diplomat attacked the ambassador after claiming to have been appointed to replace him, the mission said.

The Taliban's foreign ministry in Kabul said the diplomat still had a valid contract and his termination was illegal.

There has also been a diplomatic standoff at the UN, with representatives of the former and current regime both claiming Afghanistan's seat.