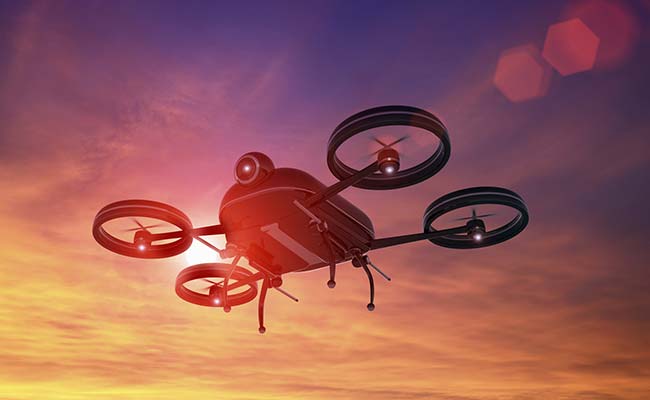 This is the first time the militant group has used a drone to record an attack. (Representative photo)

Kabul, Afghanistan: The Afghan Taliban have released aerial footage of a suicide car bombing in southern Helmand province, marking the first time the media-savvy militant group has used a drone to record an attack.

The 23-minute video shows a suicide bomber ramming a Humvee into a military base in volatile Nawa district, triggering a mushroom cloud of flames and smoke and razing the entire compound.

With pro-Taliban poems playing in the background, the video reported Tuesday by the US-based SITE Intelligence group shows a turban-clad bomber in front of a Humvee, hugging fellow fighters before he departs.

The camera mounted on a drone shows a birds-eye view of the target, tracking his Humvee as it strikes the base, causing a massive explosion.

The video, which could not be independently verified, is the first drone footage released by the Taliban. The Afghan defense ministry in a statement rejected it as a "propaganda".

The Taliban already have a robust social media presence and a website in five languages including English.

Once seen as uneducated thugs, the Taliban have developed a media-savvy PR team who use digital technology to reach out to audiences worldwide.

When the Taliban ruled Afghanistan between 1996 and 2001, almost all electronic products were outlawed as un-Islamic.

Promoted
Listen to the latest songs, only on JioSaavn.com
But the Taliban have avidly embraced electronic communication and social media in recent years as a recruitment tool and to promote their propaganda.