In the escalating trade war with Beijing, Donald Trump this month increased existing tariffs on $200 billion in Chinese imports to 25 percent, and is threatening to extend those duties to nearly all Chinese products imported into the United States. 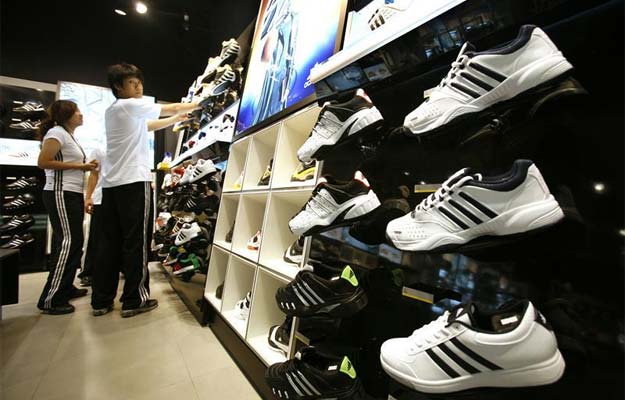 Adidas, Nike and PUMA on Tuesday urged US President Donald Trump to prevent the shoe industry from falling victim to the trade war with China, saying new tariffs could be "catastrophic."

In a letter to Trump, those big name manufacturers joined forces with more than 170 other American shoe manufacturers and retailers calling for footwear to be exempted from a new round of punitive tariffs on $300 billion in Chinese goods.

In the escalating trade war with Beijing, Trump this month increased existing tariffs on $200 billion in Chinese imports to 25 percent, and is threatening to extend those duties to nearly all Chinese products imported into the United States.

That would mean additional taxes on a range of consumer goods, including electronics and clothing, such as athletic shoes and iPhones, which has sparked fear in retailers and producers who rely on goods from China.

"The proposed additional tariff of 25 percent on footwear would be catastrophic for our consumers, our companies, and the American economy as a whole," the letter from the shoe coalition states.

The firms said the industry already pays $3 billion in duties and that additional tariffs would increase costs and prices.

US consumers pay the price

"There should be no misunderstanding that US consumers pay for tariffs on products that are imported," the companies said, refuting Trump's frequent erroneous statement that China pays the tariffs, creating a windfall for the US Treasury.

While Trump has called on industries to move away from China or produce their products in the United States, the shoe industry firms said they need "years of planning... to make sourcing decisions and companies cannot simply move factories to adjust to these changes."

The shoe industry -- including other names like Reebok, Ariat and Crocs, as well as retailers like Foot Locker -- is the latest to wade into the debate.

While many companies and industries want to see changes in China's policies, including resolving the issue of theft of US technology, they oppose using tariffs as the primary weapon.

In a letter just after the new tariffs were announced, a group of 17 industry groups urged Trump to reconsider, given their reliance on China for goods.

The US Trade Representative's office published a list of products that would be targeted by new tariffs, and has called for public comment, including a hearing set for June 17.

In prior rounds of tariffs, the White House granted exemptions for some critical products at the request of US industries.