Ardern declared a national state of emergency as the number of cases of COVID-19, the disease associated with the coronavirus, surged by a record 50 cases to take the national tally to 205. 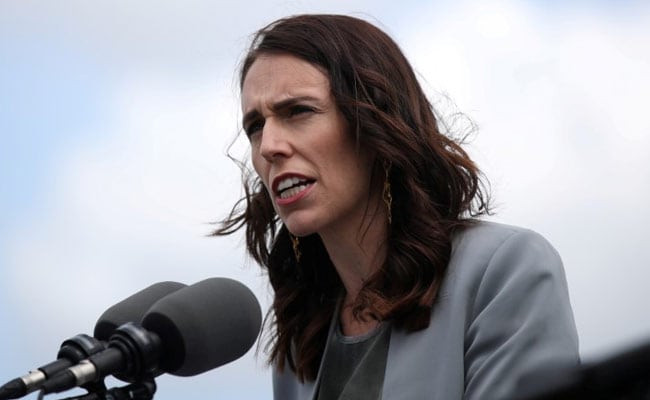 Prime Minister Jacinda Ardern told New Zealanders on Wednesday to behave as if they had the coronavirus and cut all physical contact outside their household when the country heads into a one-month lockdown at midnight.

Jacinda Ardern declared a national state of emergency as the number of cases of COVID-19, the disease associated with the coronavirus, surged by a record 50 cases to take the national tally to 205.

The government has imposed self-isolation for everyone, with all non-essential services, schools and offices to be shut for a month from midnight (1100 GMT).

"From midnight tonight, we bunker down for four weeks to try and stop the virus in its tracks, to break the chain," Jacinda Ardern told parliament.

"Make no mistake this will get worse before it gets better. We will have a lag and cases will increase for the next week or so. Then we'll begin to know how successful we have been."

Jacinda Ardern told parliament the lockdown was triggered by early evidence of community transmission of COVID-19, the disease caused by the coronavirus.

At a news conference later in the day, Jacinda Ardern said modelling suggested New Zealand could have several thousands of cases of COVID-19 before the numbers start coming down.

"If you have any questions about what you can or can't do, apply a simple principle: Act like you have COVID-19," Jacinda Ardern said.

"Every move you then make is a risk to someone else. That is how we must all collectively think. That's why the joy of physically visiting other family, children, grandchildren, friends, neighbours is on hold. Because we're all now putting each other first. And that is what we as a nation do so well."

New Zealand, with about 5 million people, has fewer infections than many other countries, but Jacinda Ardern's government wants to move fast to halt the spread. It was one of the first to force all arriving travellers into self-isolation and to ban large gatherings.

All non-essential services, bars, restaurants, cafes, gyms, cinemas, pools, museums, libraries, playgrounds and any other place where the public congregate will be closed during the lockdown.

Supermarkets, doctors, pharmacies, service stations and access to essential banking services will all be available.

Major cities like Auckland and Wellington wore a deserted look on Wednesday as businesses shut down, cafes closed and all offices locked their doors.

The disruptions are expected to have a deep impact on businesses and lead to thousands of job losses. Some firms have already announced job cuts.

The government has announced billions of dollars in support for small businesses, workers and families, and promised more in the coming days.

On Wednesday, it announced a six-month freeze on residential rent increases and increased protection from having tenancies terminated.

Jacinda Ardern said it was ok to go for a walk with your children, a run near your house, or drive to get groceries during the lockdown. But everyone had to keep 2 metres (6 feet) distance, and people may be stopped and questioned by the police.

This is only the second time in New Zealand's history that a national emergency has been declared, with the first one on 23 February 2011, after a 6.3 magnitude earthquake struck the South Island city of Christchurch, killing almost 200.

Cases in neighbouring Australia have soared past 2,250 and officials have warned infections could overwhelm medical services.