Officials in Italy said that the stone block, which might have been a door jamb, struck the man's upper body and crushed his thorax and head, which they have yet to excavate from underneath the stone. 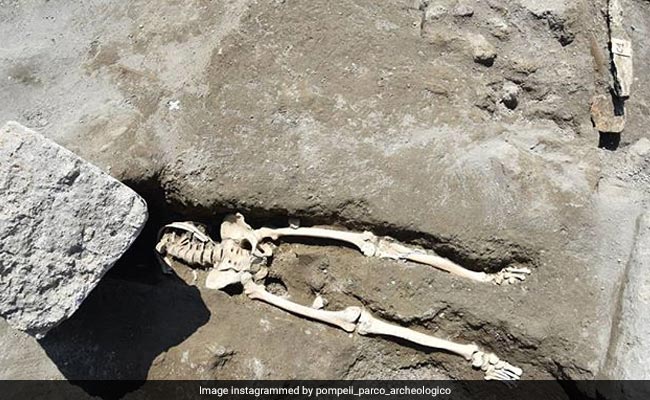 Archaeologists have discovered the remains of a man in Pompeii who they believe survived the first blast of Mount Vesuvius only to be crushed by a stone block launched by the volcanic cloud as he was attempting to flee nearly 2,000 years ago.

Officials in Italy said that the stone block, which might have been a door jamb, struck the man's upper body and crushed his thorax and head, which they have yet to excavate from underneath the stone.

Massimo Osanna, the general director of the archaeological site, said in a statement that it was an "exceptional find."

"Beyond the emotional impact of these discoveries, the ability to compare them in terms of their pathologies and lifestyles as well as the dynamics of their escape from the eruption, but above all to investigate them with ever more specific instruments and professionalism present in the field, contribute toward an increasingly accurate picture of the history and civilisation of the age," he said. 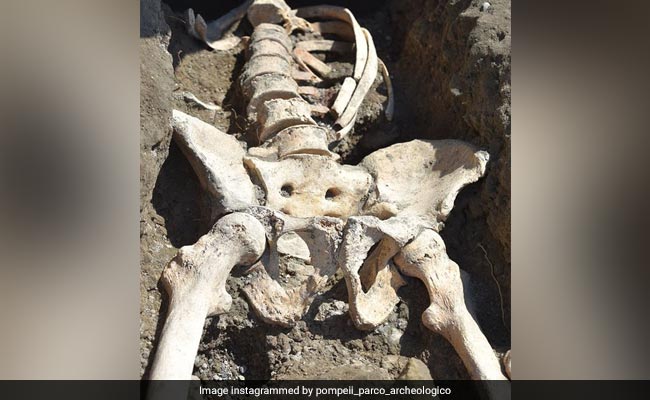 Archaeologists believe the man may have been killed by the pyroclastic flow - the blast of hot ash lava and gas from the volcano - before he was struck by the rock, according to Live Science.

The man is believed to have been at least 30 years old. Officials said the skeleton showed evidence of a bone infection in one of the man's legs, which could have hindered his ability to escape "at the first dramatic signs which preceded the eruption."

Promoted
Listen to the latest songs, only on JioSaavn.com
Vesuvius's explosion, in A.D. 79 is one of the world's most widely known historical natural disasters. The blast destroyed Pompeii and Herculaneum, two towns south of Naples, and left preserved many of the area's structures and human remains in ash. Archaeologists began new excavations at the site in March at a section called "Regio V." 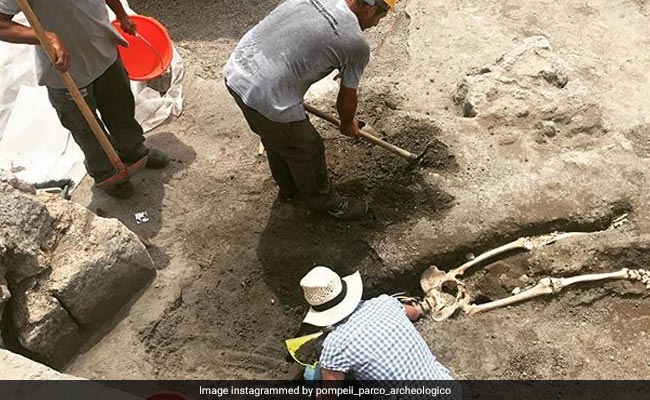 Vesuvius remains mainland Europe's only active volcano, according to the Telegraph. About 2,000 people died in Pompeii out of a population of 20,000. Many had fled because the volcano had been spewing ash and smoke for days before it erupted, the Telegraph reported.