A Chef Said She 'Spiked' A Vegan's Meal. Then She Lost Her Job

The chef may or may not have unwittingly served cheese to a vegan. 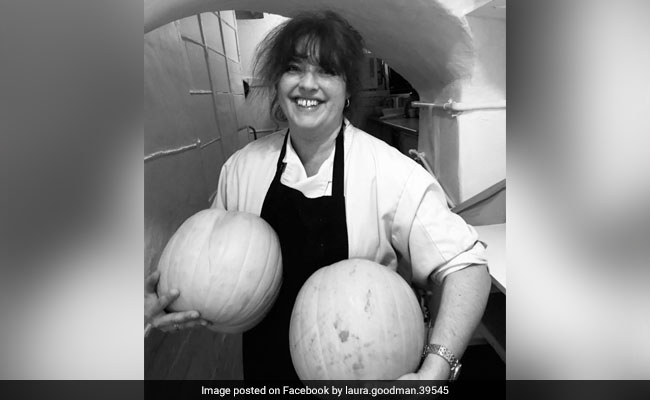 Laura Goodman posted on Facebook that she had 'spiked a vegan'.

Vegans have a hard time dining out. Their menu choices are often limited to a melange of sides and salads, or they have to risk looking fussy by asking servers and chefs to alter dishes to their liking. The vegan entree is usually just boring grilled vegetables. Then there's the fear that, inadvertently or purposefully, a chef will slip some animal products into their meal: That the cheese is not actually nondairy, or the "vegetable broth" actually has chicken stock in it.

Even more frightening: That a chef would do that, and brag about it.

That's what may (or may not) have happened at Carlini, an Italian restaurant in Shifnal, England. Laura Goodman, the restaurant's co-owner and chef, wrote in a Facebook group that a "pious, judgmental vegan (who I spent all day cooking for) has gone to bed, still believing she's a vegan." She also posted that she "spiked a vegan." The comments sent Brits into an immediate furor, and people have been bombarding various sites that list the restaurant with negative reviews.

"Regardless of your views on animal rights, why would you eat somewhere where the chef does that? Wonder how much spit soup she's served up in her time," posted one person on the restaurant's Google listing.

Goodman's fiance and business partner, Michael Gale, has a different explanation for her comments. Gale told the BBC that "spiked" was a poor word choice, but that Goodman didn't slip animal products into a diner's meal unwittingly; rather, "He explained his fiancee's posts by saying she had designed a special vegan menu for a party of diners, one of whom then ordered a pizza containing cheese" off the regular menu. The diners have not come forward. Goodman has apologized, but it wasn't enough: Due to the controversy, she has resigned, the BBC says. She has been the subject of death threats online.

While many vegans or vegetarians report feeling sick after accidentally consuming meat, there are few studies on the matter. Even if they have not eaten meat for a very long time, vegetarians and vegans do not lose their ability to digest meat, said professor Bjorn Skalhegg of the University of Oslo's Department of Nutrition in ScienceNordic. There are numerous reports of vegetarians and vegans feeling ill after they realized they had been served animal products, but some say their symptoms may have been psychosomatic, because the idea of eating animals was distressing to them.

Promoted
Listen to the latest songs, only on JioSaavn.com
Nevertheless, pranking vegans into eating meat - or making them think they ate meat - is a recurring theme on YouTube. And it's not cool.