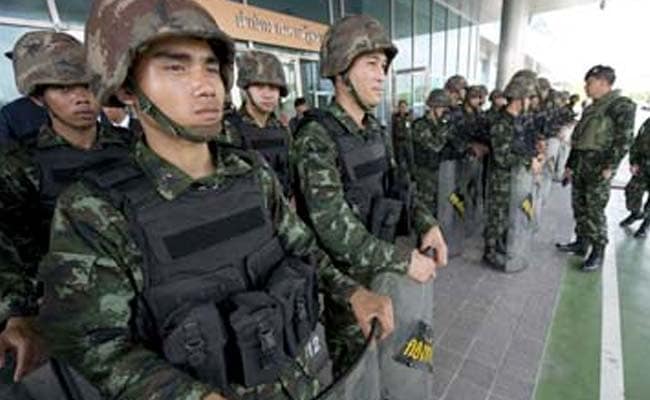 Two days ago, Thai army and rebel negotiators agreed to create a safety zone in the region.

Bangkok: An eight-year-old boy and three relatives were shot dead on their way to school in Thailand's insurgency-torn south today, authorities said, casting a pall over recent peace talk gains. Thailand's southern tip has festered with violence for over a decade as Malay-Muslim rebels wage a rebellion against the Buddhist-majority state.

At least 6,800 people - mostly civilians - have been killed in attacks that have seen both sides accused of rights abuses.

Two gunmen opened fire on the pick-up truck of a local official who was driving his son to school in Narathiwat province, police and a military spokesperson said.

The attack comes two days after the Thai army and rebel negotiators agreed to create a safety zone in the region.

The agreement was the first of its kind in talks between the two sides that have staggered on for years but failed to produce concrete results.

But analysts have been quick to caution that the measure carries little weight without the support of the BRN faction that provides most of the active rebel fighters on the ground.

BRN fighters have routinely staged attacks timed to discredit meets between the army and Mara Patani, the group that claims to represent the shadowy insurgent network at the negotiating table.

"I don't see this announcement as a major breakthrough," Don Pathan, a Thai analyst based in the restive region, said of the safety zone agreement.

"Mara Patani doesn't have command-and-control over the insurgents on the ground," he added.

In a statement Mara Patani said it was "saddened" by today's killings, adding it was committed to resolving the southern conflict "through peaceful political dialogue".

Promoted
Listen to the latest songs, only on JioSaavn.com
Thailand's junta has tried to reboot negotiations after seizing power in 2014. Violence is down but a lasting peace remains distant.

Previous talks launched by the former elected government also faced criticism for failing to include all rebel factions and collapsed in the face of a domestic political crisis that culminated in the coup.