New Vaccines May Not Need Needles Or Cold Storage: WHO Chief Scientist 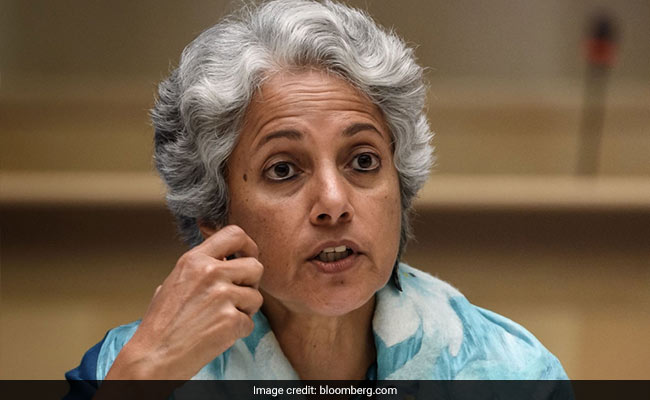 New Covid-19 vaccines, including ones that don't require needles and can be stored at room temperature, may be ready for use later this year or next year, the World Health Organization's top scientist said.

Six-to-eight new immunizations may complete clinical studies and undergo regulatory review by the end of the year, Soumya Swaminathan, the Geneva-based agency's chief scientist, said in an interview Saturday.

New vaccines will add to the 10 already shown to work within a year of Covid-19 being declared a pandemic. The world needs more immunizations, especially as the virus's continuous circulation spawns dangerous new variants and drugmakers struggle to meet orders. Only 122 countries have started immunizing people, according to data collected by Bloomberg.

"We're thrilled with the vaccines that we have," said Swaminathan, an Indian pediatrician best known for her research on tuberculosis and HIV. But "we can improve further," she said. "I think, well into 2022, we're going to see the emergence of improved vaccines."

The current crop of experimental vaccines use alternative technologies and delivery systems, and include more single-shot inoculations, and vaccines that are administered orally, via a nasal spray, and through the skin using a type of patch. These could bring immunizations that are better suited to specific groups, such as pregnant women, according to Swaminathan.

More than 80 candidate vaccines are being studied in people, though some are still in the early stages of testing and may not be successful. Companies with Covid-19 vaccines already in use have also begun testing updated versions designed to thwart variants of the coronavirus that have emerged in recent months.

"We need to continue to support the research and development of more vaccine candidates, especially as the need for ongoing booster immunization of populations is still not very clear at this point," Swaminathan said. "So we need to be prepared for that in the future."

The WHO's strategic advisory group of experts on immunization is reviewing whether people who have been infected with SARS-CoV-2 need to have two doses of vaccine. Some research indicates that a natural infection works to prime the immune response to SARS-CoV-2, much as a first dose would, making a second injection unnecessary.

Giving only one dose of vaccine to Covid-19 survivors could free up more supplies, Swaminathan said, though it could present "practical and logistical challenges in many countries" if blood tests are needed to measure patients' antibody levels before deciding if a second jab is warranted.

The roll out of safe and effective vaccines is also raising questions about how to efficiently and ethically conduct clinical trials of experimental vaccines, she said. Placebos will be replaced with a "gold standard" vaccine in a so-called non-inferiority design when it's no longer ethical to use a placebo, Swaminathan said.

Meantime, one approach the WHO is exploring is to compare three or four candidate vaccines simultaneously with a placebo. A similar study design was used to test the efficacy of drug therapies for Covid-19, and may mean trial participants would have an 80% chance of receiving an experimental vaccine and only a 20% chance of getting placebo.

"We are in discussions now with several companies with vaccines in development to see if we could launch something like this on a global trial platform," Swaminathan said, adding that she's optimistic such a study may begin in the first half of 2021.

A global trial involving a wide pool of people and countries offers several advantages, she said. Testing vaccines in diverse ethnicities, age groups, and people with different medical conditions makes the results more generalizable, and when the epidemic wanes in some parts of the world it's often still active in others, she said.