400 Additional US Troops Arrive In Iraq Ahead Of Mosul Push 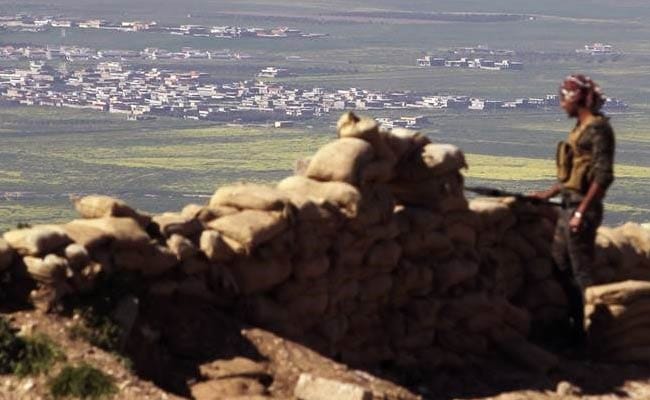 Washington, United States: More than 400 additional US troops have deployed to Iraq in recent days, a defense official said Thursday, as local forces prepare for an assault on Mosul, the ISIS group's last major Iraqi stronghold.

Colonel John Dorrian, a spokesman for the US-led coalition that has been attacking ISIS in Iraq and Syria for the last two years, said the number of US troops in country had grown from about 4,000 a week ago to 4,460 today.

The deployments had been previously authorized earlier this year.

Dorrian did not say what the troops would be doing, but their arrival comes as Iraqi security forces continue "shaping operations" around Mosul, Iraq's second-largest city.

Much of the work is focused on an airfield near the town of Qayyarah, which will provide a staging area for Iraqi forces pushing toward the northern city Mosul.

Lieutenant General Stephen Townsend, the new commander of the US-led coalition, told the Wall Street Journal late on Wednesday that the assault could begin within the next month.

Dorrian, however, soft-pedalled his boss's remarks, saying it was the Iraqis who would determine any timeline.

General Joe Votel, the head of the US military's Central Command, last week said coalition-backed Iraqi forces can retake Mosul by the end of the year.

Mosul had an estimated population of around two million before ISIS took it over in June 2014 in an offensive that sparked large-scale displacement.

Promoted
Listen to the latest songs, only on JioSaavn.com
Accurate numbers for the population remaining in the city are hard to come by but the United Nations and other officials have said up to one million civilians may still be living under IS rule in the Mosul area.

Dorrian said an estimated 3,000 to 4,500 ISIS fighters are in Mosul, though he noted it was hard to say how many were "hardcore" fighters compared to "people that are not as committed to the fight."