Around 100 firefighters were still scouring the debris of the house in Szczyrk on Thursday morning in search of possible survivors. 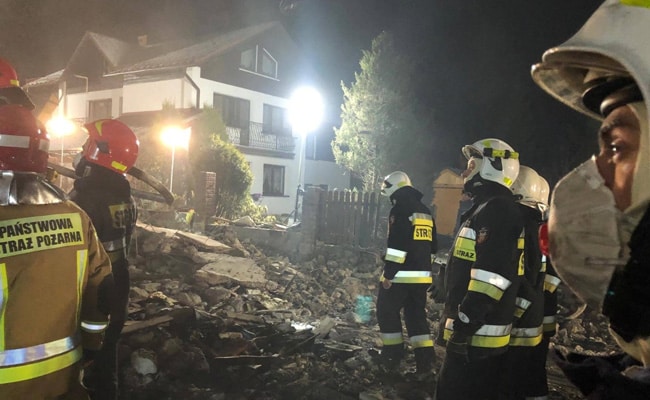 Around 100 firefighters were rushed to the spot. (Reuters)

Four people were killed and another four were reported missing after a gas explosion destroyed a house in a ski resort in the south of Poland late Wednesday, local authorities said.

Around 100 firefighters were still scouring the debris of the house in Szczyrk on Thursday morning in search of possible survivors.

The local prefect, Jaroslaw Wieczorek, said that one of the bodies recovered was a child and the other three were adults.

Wieczorek said that eight people were believed to have been in the house when the explosion occurred.

The local gas distributor, PSG, said that the explosion had been preceded by a sudden drop in pressure in the gas pipeline, which could indicate that the pipeline had been accidentally punctured during nearby construction works.