Tessa Majors, 18, a freshman at Barnard College, was attacked by three teens as she walked through Morningside Park on December 11. 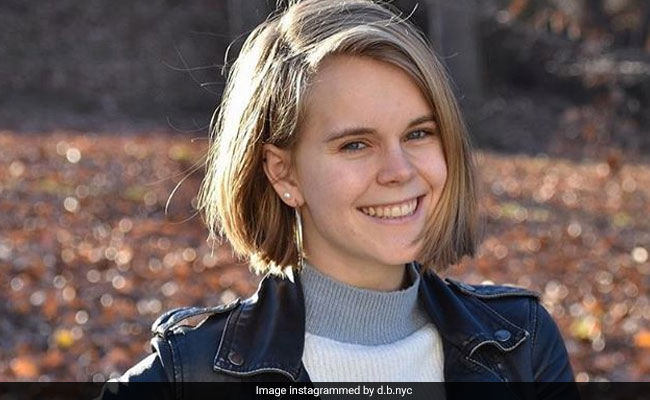 A 14-year-old boy has been arrested and charged in the stabbing death of a New York university student, authorities said Saturday, in a case that is being closely watched due to its racial dynamics.

Tessa Majors, 18, a freshman at Barnard College, was attacked by three teens as she walked through Morningside Park on December 11.

The park separates the prestigious Barnard College and Columbia University from Harlem, the predominantly black neighborhood in Manhattan's northwest.

Majors, who was white, was found just outside the park bleeding heavily, the criminal complaint said. She had been stabbed multiple times in the chest and died at a hospital.

Rashaun Weaver, 14, who is black, was accused of stabbing Majors. He had been wanted for several weeks and was arrested without incident Friday night.

Weaver will be tried as an adult on second-degree murder and robbery charges, Manhattan District Attorney Cyrus Vance said.

"We are confident that we have the person in custody who stabbed her, and that person will face justice in a court of law," New York police chief Dermot Shea told a news conference.

Vance said investigators have video and DNA evidence and suggested the suspect had incriminated himself on an audio recording.

A 13-year-old alleged accomplice was also charged but will be tried in juvenile court.

The events evoke memories of the 1989 "Central Park Five" case, when five black and Hispanic teens were wrongly convicted and sentenced to prison for the rape and assault of a white female jogger in the famous park.

Vance suggested the sensitivities of the latest case contributed, in part, to the delay in charging Weaver.

"We're dealing with a 14 year old and we will be very careful to safeguard all the rights that he has as we go forward with this case," he said.

"I want New Yorkers to know that we are recommitting today to fairness in this case, because only a fair process will result in true justice for Tessa Majors."