The BJP approached the court today after the state police did not allow the party's 'Praja Sangrama Yatra'. 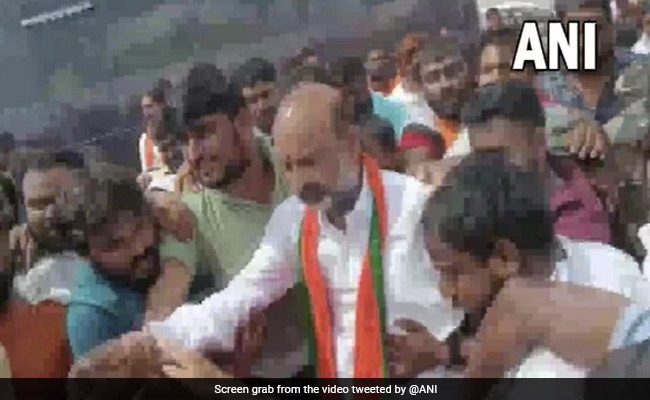 Telangana BJP has demanded an immediate grant of permission for the march. (File)

The Telangana High Court will hear, on an emergency basis, the denial of permission to state BJP chief Bandi Sanjay Kumar to hold a foot march in Bhainsa town. The BJP approached the court on Monday after the state police did not allow the party's 'Praja Sangrama Yatra'.

Telangana BJP condemned the government and demanded an immediate grant of permission for the march. In a jibe at K Chandrashekar Rao's government, party spokesperson NV Subhash said: "This shows the KCR government wanted to create unnecessary tension and disturb the peaceful padyatra."

Mr Kumar was to commence the fifth phase of the march from Nirmal district after performing a special pooja at Adelli Pochamma Talli Temple. The concluding meeting was to be held in Karimnagar. The foot march, if permitted, will continue till mid-December.

According to an official BJP statement on November 23, Bandi Sanjay Kumar has finished four phases of the Praja Sangram Yatra. "He walked against Telangana Chief Minister K Chandrashekar Rao's family-corrupt-dictator rule till now and covered 1,178 km in 13 Lok Sabha and 48 Assembly constituencies in 21 districts," the statement read.

Meanwhile, the BJP had moved a petition on the Special Investigation Team (SIT) issuing notices to BJP National General Secretary BL Santosh in an alleged MLA poaching case, which will also be heard by the High Court soon.

Telangana Police summoned Mr Santosh on November 19 in connection with the alleged attempts of the BJP to poach MLAs from the ruling party in Telangana.

The Cyberabad Police had on October 26 arrested three persons from a farmhouse in Ranga Reddy on charges that they attempted to poach some MLAs from KCR's party.

2 Students From Telangana Drown In US, One Was Trying To Save The Other