The Chief Minister announced that only 1,200 employees are now left in TSRTC, even as about 50,000 employees continued their strike for a second consecutive day, paralysing bus services across the state. 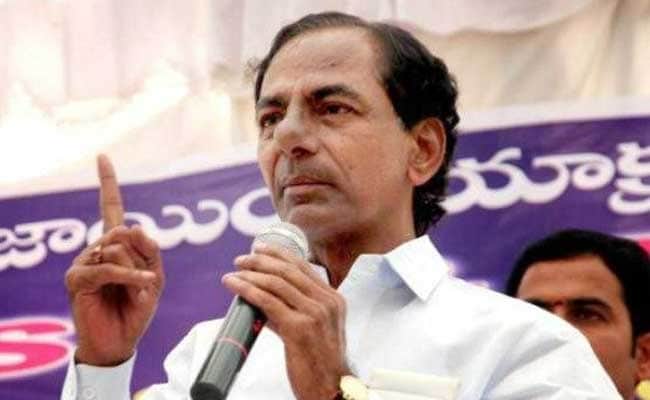 With the employees of Telangana State Road Transport Corporation (TSRTC) continuing their strike, Telangana Chief Minister K. Chandrashekhar Rao on Sunday night made it clear that there is no question of taking back those who did not join duties before the deadline set by the government.

The Chief Minister announced that only 1,200 employees are now left in TSRTC, even as about 50,000 employees continued their strike for a second consecutive day, paralysing bus services across the state.

Terming the strike illegal, the government had asked the employees to report for duty by 6 pm on Saturday, failing which they will lose their jobs.

Hardening his stand, the Chief Minister ruled out merging TSRTC with the government, which is the main demand of the striking employees.

Stating that those who went on strike committed a grave mistake, he said there was no question of any compromise with them. He made it clear that there will be no talks with the striking employees.

KCR, as the Chief Minister is popularly known, said that there should a permanent end to blackmail tactics, indiscipline, and actions that often create headaches.

At a review meeting with top officials, KCR pressed for the appointment of new employees soon. He said the newly-recruited employees should be made to give an undertaking that they would not join any trade union.

KCR also directed the officials to immediately hire and operate 2,500 private buses. There are 4,114 private buses and if they are made into state carriages, they would also come under the TSRTC, he said.

He said a new beginning would be made in the history of TSRTC and it will be turned into a profit-making organisation. He noted that TSRTC is incurring losses to the tune of Rs 1,200 crore and has Rs 5,000 crore debts coupled with the ever-rising diesel prices.

It was decided that 50 per cent of the buses in TSRTC will be private buses while the remaining will be owned by the public utility.

The Chief Minister believes that if measures are taken in this direction and buses are run efficiently, TSRTC will become profitable in two to three years.

(Except for the headline, this story has not been edited by NDTV staff and is published from a syndicated feed.)
Comments
TSRTC strikeTelanganaTSRTC