Telangana To Give Rs 1 Crore Cash Prize To PV Sindhu 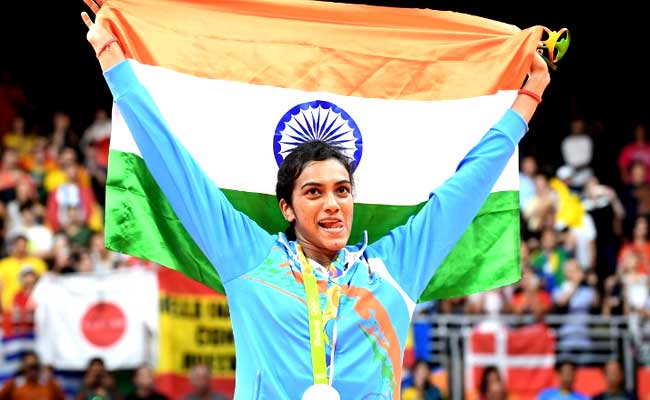 The cash prize is likely to be presented by Chief Minister K. Chandrasekhar Rao to PV Sindhu.

Hyderabad: Telangana government will give a cash prize of Rs 1 crore to India's star shuttler P.V. Sindhu for winning the silver medal at the Rio Olympics.

The cash prize is likely to be presented by Chief Minister K. Chandrasekhar Rao to Sindhu after her return from Olympics, official sources said on Friday.

Under the new sports policy announced by the state government early this year, a gold medalist at Olympics is entitled for cash prize of Rs 2 crore, while a silver medal winner gets Rs 1 crore. A bronze medalist will get Rs 50 lakh.

In his message, the Chief Minister hailed Sindhu's victory and described her as the pride of India, especially Telangana.

"Thanks @Pvsindhu1 & Gopi for making all of us proud. Amazing display of skills & grit. A grand welcome awaits you in Hyderabad," added Rama Rao, who is also son of the Chief Minister.