Police investigating the crimes noted that despite the lack of direct eyewitnesses, the guilt of the accused was established with scientific and medical evidence 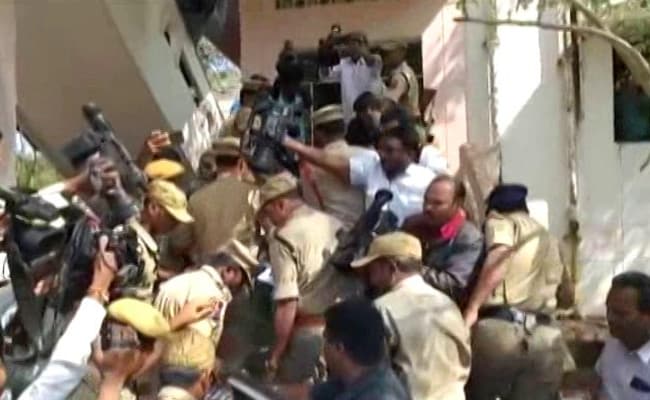 Emotional scenes prevailed outside a special court in Telangana's Nalgonda district on Thursday night, after a 29-year-old man was sentenced to death for the rape and murder of three minor girls. The convict, Marri Srinivas Reddy, assaulted and killed the girls - aged 11, 14 and 17 - in March-April 2019. Other cases of assault on women were also reported against him in 2015 and in 2016.

Srinivas Reddy had tried to escape detection and conceal evidence by throwing the bodies into dried-up wells near Hajipur village, which falls under the Rachakonda Commissionerate.

The conviction came after 101 witnesses were heard across a dramatic 42-day trial that followed the filing of three charge-sheets in a record time of three months. The trial itself revealed shocking details of the crime, including the ghastly manner in which the convict disposed of the bodies.

The first rape-murder to be reported occurred in April last year, after the convict followed an 11-year-old girl from her aunt's home in Hajipur to her home in a neighbouring village.

He sexually assaulted the girl before using a fertiliser bag from a nearby shed to transport her body on his motorbike to a dried-up agricultural well on the outskirts of Hajipur village.

Srinivas Reddy even pretended to help the girl's family search for her body.

However, after his arrest his interrogation led to the bodies of two more girls, one already a skeleton.

The body of a 17-year-old girl was also found in a dried-up well; the body had been dumped around a month before the first crime.

Srinivas Reddy had pretended to offer the girl a lift home (she lived in Hajipur village) but instead kidnapped her and demanded she perform sexual acts.

The young girl refused and was about to cry out when Srinivas Reddy choked her till she fell unconscious and then sexually assaulted her.

He then threw her body down the well, but he wasn't done. He later climbed down the well and raped her again; it is unclear if she was conscious or even alive at this time.

The body was buried in the well, with his shirt and her belongings.

The third attack took place less than a month later with a near-identical method of attack.

This time the victim was 14 years old and she too was choked unconscious after the convict used his hands to press down on her mouth and nose. He then dropped the body down the well before climbing down, raping her and strangling her with a scarf.

The body was buried in the same well, with her clothes, in an attempt to conceal evidence.

Police investigating the three crimes noted that despite the lack of direct eyewitnesses, the guilt of the accused was established with scientific and medical evidence.

During the trial it also emerged Marri Srinivas Reddy was involved in a rape-murder case registered four years ago at a police station in Kurnool in neighbouring Andhra Pradesh.

The speedy trial and sentencing comes around two months after another high-profile rape and murder case in the state - that of a 27-year-old veterinarian who was gang-raped and strangled before her rapists burnt her body.

All four accused were shot dead by police in an alleged encounter in December that sparked furiously divided opinions, with some praising the cops and others worrying over the extra-judicial killing.