The arrest came after Telangana BJP state president Bandi Sanjay Kumar was taken into custody by the police while he was holding a protest in Karimnagar demanding the resolution of teachers' problems in the state. 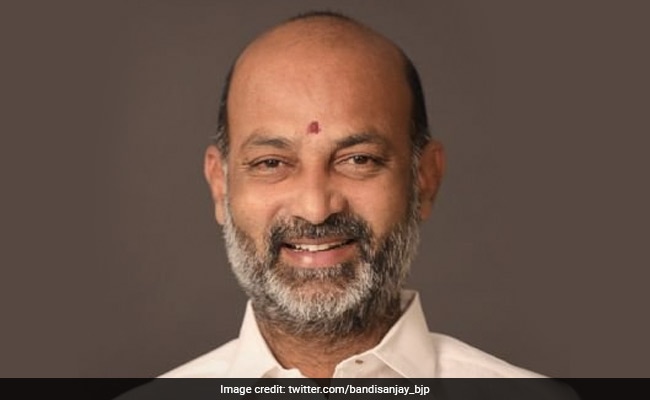 The arrest came after Mr Kumar was taken into custody by police while he was holding a protest in Karimnagar demanding the resolution of teachers' problems in the state.

"The arrest of Telangana BJP chief Bandi Sanjay is highly condemnable and amounts to the murder of democracy. He was peacefully staging a protest following all COVID protocols in his office. Police forcibly entered his office & manhandled him," said BJP National President JP Nadda.

"K Chandrashekhar Rao government has gone mad seeing BJP's victory in recent bypolls and the support that our party is receiving in the state. We will take all legal and democratic recourse against the police action," he added.

"Condemn the high handedness of Telangana State Police and the arrest of Bandi Sanjay Kumar ahead of Jagarana Deeksha," tweeted V Muraleedharan, Union Minister of State for External Affairs and Parliamentary Affairs.

"I condemn the arrest of State President Bandi Sanjay Kumar and other BJP leaders to foil the Jagarana Deeksha in Karimnagar, which was undertaken to demand withdrawal of Government Order 317 on the employees' transfer policy," tweeted BJP leader N Ramchander Rao.

"This Government Order is anti-employees & teachers in government service," he added.