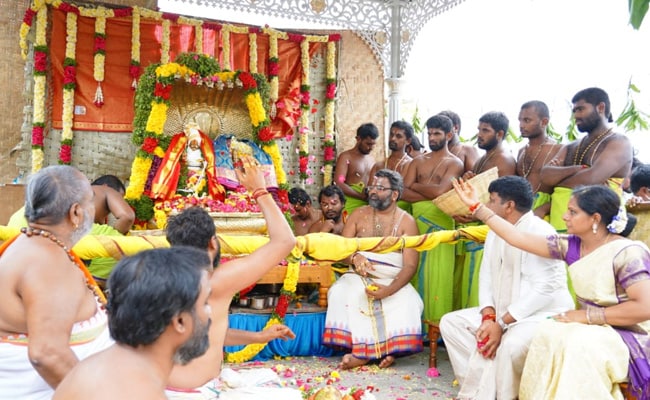 The temple is now open to the devotees.

The Mahayagya at the temple was performed by Telangana Rashtra Samiti (TRS) MLC K Kavitha and her husband Anil Kumar over the last five days.

The temple is now open to the devotees.

The Maha Poornahuti was held early this morning, followed by Maha Kumbha Prokshana. The installation of idols of Shanti Kalyanam and Mahadashirvachanam marked the conclusion of the ceremony.

The ceremony was attended by several devotees and dignitaries.