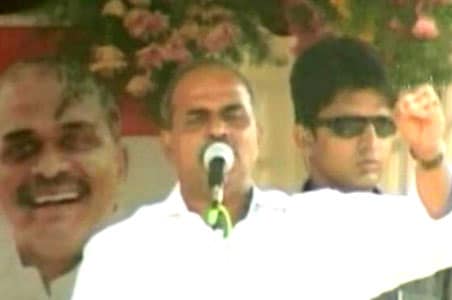 Hyderabad: The then Chief Minister of undivided Andhra Pradesh, late YS Rajasekhara Reddy had stalled a move by the UPA government to announce bifurcation of the state in 2008 and predicted Congress' defeat both in Seemandhra and Telangana, said Sanjaya Baru, who had been media advisor to former Prime Minister Manmohan Singh.

"It is true. I can also tell you what Rajasekhara Reddy's view was. I was present when he came to meet the then Prime Minister Manmohan Singh," he said during an interactive session on 'Modi and Media' organised by the Hyderabad Press Club and Hyd Park.

"He had said, if we go to polls announcing Telangana, we will neither win in Coastal Andhra nor in Telangana. How true was he proved," the senior journalist and political commentator said.

"Reddy had said, in Coastal Andhra, people will be angry with us so they will not vote. In Telangana, they will give credit to TRS chief K Chandrasekhar Rao and they will not vote for Congress. He said, I gave you 29 MPs, if you announce division of the state, you will get zero," Mr Baru said.

"I think Rajasekhara Reddy understood that the announcement will not benefit Congress. It is true. Whether it benefits Andhra, Telangana, that is a different issue," he said.

Mr Reddy had died in a chopper crash in 2009. In the 2014 Assembly elections, which came within months after bifurcation of the state, Congress drew a blank in Andhra Pradesh and won a mere 22 Assembly seats in Telangana.

The Congress did not win even a single Lok Sabha seat in AP in the 2014 general elections and bagged just two LS seats in Telangana.