On the polling day, the CEO had apologised to those who could not vote as their names did not figure in the list and said the mistakes would be rectified. 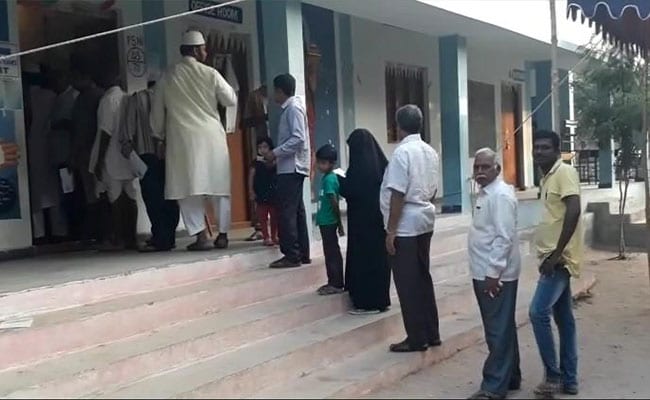 Telangana Chief Electoral Officer Rajat Kumar Wednesday rejected reports that lakhs of names were missing in the voters' list in the December 7 assembly elections in the state.

Noting that there was an elaborate process, including multiple level scrutiny, in the preparation of the voters' list, he said it was not correct to say that names of a large number of voters were missing.

"There was lot of scrutiny. We have conducted three to four meetings with all political parties on this particular issue. All the complaints related to this were duly inquired. So it is not correct to say that large number of voters are missing," he said.

On the polling day, the CEO had apologised to those who could not vote as their names did not figure in the list and said the mistakes would be rectified.

The CEO Wednesday said there would be a revision of the electoral rolls from December 24 till February 12 and any voter whose name was missing could update online or approach the Booth Level Officer (BLO).

Thanking the officials for successful conduct of polls and subsequent counting, Mr Kumar said the election process was over and poll code is lifted as the list of winning candidates was handed over to the Governor ESL Narasimhan.