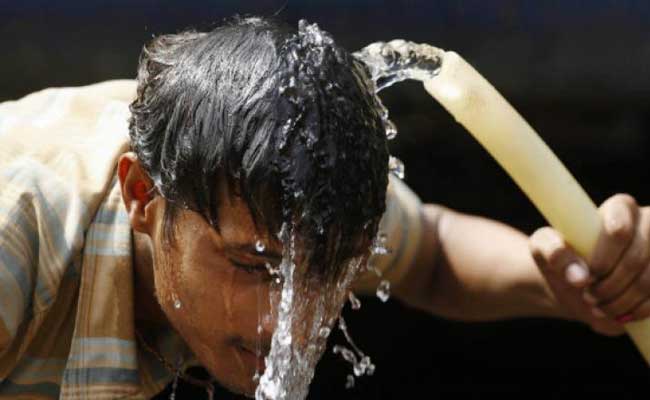 Most districts in Telangana recorded a maximum temperature of 42 degrees Celsius or more.

Hyderabad: The death toll from a heat wave sweeping Telangana rose to 143 on Friday as six more deaths were reported.

According to officials in the disaster management department, reports of deaths due to sun stroke continued to pour in from different parts of the state.

Most districts in Telangana recorded a maximum temperature of 42 degrees Celsius or more.

Ramagundam was the hottest place on Friday at 44.6 degrees. It was 44.3 in Hanamkonda and 44 in Nalgonda. Hyderabad recorded a maximum temperature of 42 degrees.

The heat wave conditions have aggravated the situation created by the second successive drought in the state, triggered drinking water scarcity and led to a further fall in ground water table.

Chief Minister K. Chandrasekhar Rao directed district collectors and other officials to take all steps to prevent deaths due to the heat wave.

He asked them to prepare an action plan as the heat wave conditions are likely to continue for 30 to 45 days.

In neighboring Andhra Pradesh, the day temperatures rose at one or two places in coastal Andhra. The heat wave also persisted in Rayalaseema.

Jangamaheswarapuram sizzled at 44.4 degrees Celsius. Anantapur was hit by 43.8 degrees and Kurnool 43.5 degrees.

The officials early this month had put at 45 the deaths due to the heat wave. However, the toll was not revised later.

This is being attributed to the delay in setting up a three-member committees of officials at district level to confirm if the deaths are due to heat wave or not.