No Customary Address To Assembly Not A Big Issue: Telangana Governor

Since public welfare was important, it has not been made a big issue considering the benefit of the people, Tamilisai Soundarajan said 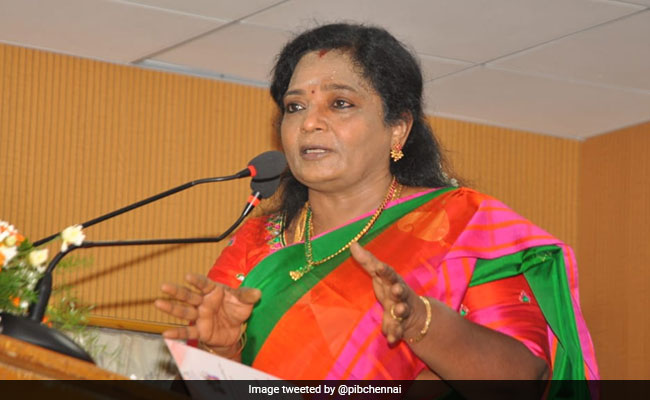 Telangana Governor Tamilisai Soundarajan on Sunday said she has not taken seriously the dropping of the customary governor's address from the budget session in the Telangana assembly.

Since public welfare was important, it has not been made a big issue considering the benefit of the people, Ms Soundararajan told reporters.

With concrete steps taken by the Centre, nearly 180 crore COVID-19 vaccination does were administered across the country and this has helped bring down infections drastically, she said.

When a reporter pointed out about reports that her name was in the list of probables for the next president's post, Ms Soundararajan evaded a reply.

Passenger flights from Puducherry to Bengaluru and Hyderabad will commence on March 27, she said.