Police found the techie's body on Sunday after some locals spotted an abandoned suitcase close to a school in Medchal. 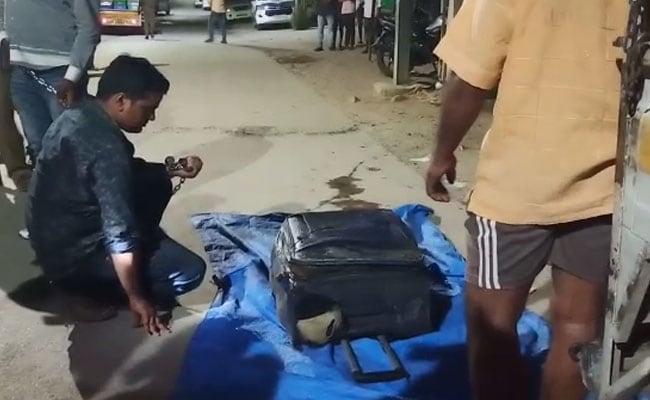 Hyderabad police have registered a case and sent the woman's body for post-mortem.

The body of a 25-year-old software engineer was found stuffed inside a suitcase, which was thrown inside a drain, on Sunday in Medchal, a small town an hour away from Hyderabad, said police.

The woman was allegedly killed by her boyfriend, a mechanical engineer, who was her classmate in college, police said; adding that the suspect, identified as Sunil, did not want to get married to the woman and decided to kill her.

Police found the techie's body on Sunday after some locals spotted an abandoned suitcase close to a school in Medchal.

The family of the 25-year-old woman filed a complaint with police on March 7, three days after their daughter went missing. The family claimed that she was in a relationship with Sunil and he wanted to move to Muscat for a job and take their daughter along so that the couple can attend a visa interview.

The woman's family also claimed to have last seen her on March 4 when they dropped her at Hyderabad airport so that she could fly to Muscat with her boyfriend.

Sunil then reportedly convinced the woman to go with him to a lodge. According to police officer Ramachandra Rao, Sunil, a day later, killed the techie, stuffed her body in her suitcase and threw it in a drain in Medchal.

The woman and Sunil were both working in Hyderabad and lived there with their families.

Sunil, who was from Bihar, was working with an engineering firm. He had moved to Hyderabad years ago.

Sunil, accused of kidnapping and murdering the woman, has been arrested, police said adding that her body has been sent for postmortem.