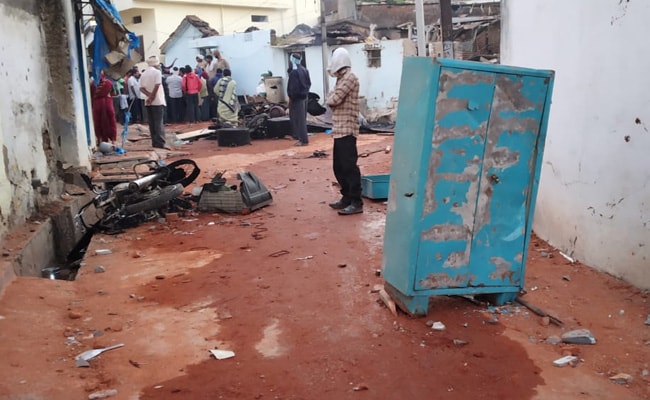 The violence started on Sunday night in the town of Bhainsa in Telangana's Adilabad.

A town in Telangana's Adilabad district, 304 km from Hyderabad, remains tense as at least 19 people, including eight police personnel, were injured after clashes broke out between people of two communities on Sunday. Thirteen houses were set on fire and 26 vehicles were burnt in the violence that continued the next day.

The violence started on Sunday night after some residents of Bhainsa objected to noise created by revving up of bikes without silencers by some young men.

Even as reconciliation was being achieved, the situation spun out of control when an unidentified person threw a stone. This led to stone-throwing by two sides and a night of unabated violence.
A huge police force was brought in to control the situation but stray incidents of violence continued on Monday too. Police carried out lathicharge multiple times to control sporadic clashes.

At least 60 were taken into custody and six First Information Reports (FIRs) were registered. The  police said CCTV footage from the area is being examined.

Raja Singh, the lone BJP MLA in Telangana, who threatened to go to Bhainsa alleging that one community has been targeted, has been put under house arrest. The BJP has demanded a judicial probe into the violence.

"Yesterday's (Sunday's) incident is condemnable. I demand the Chief Minister to take action against all culprits. I also demand him to provide compensation to everyone who suffered losses. I appeal to the people of Bhainsa to maintain peace,"  AIMIM chief Asaduddin Owaisi said.

Sonia Gandhi Should Be In School Books, Telangana Leader Writes to KCR