Xiaomi 13 series is set to launch in China on December 1. 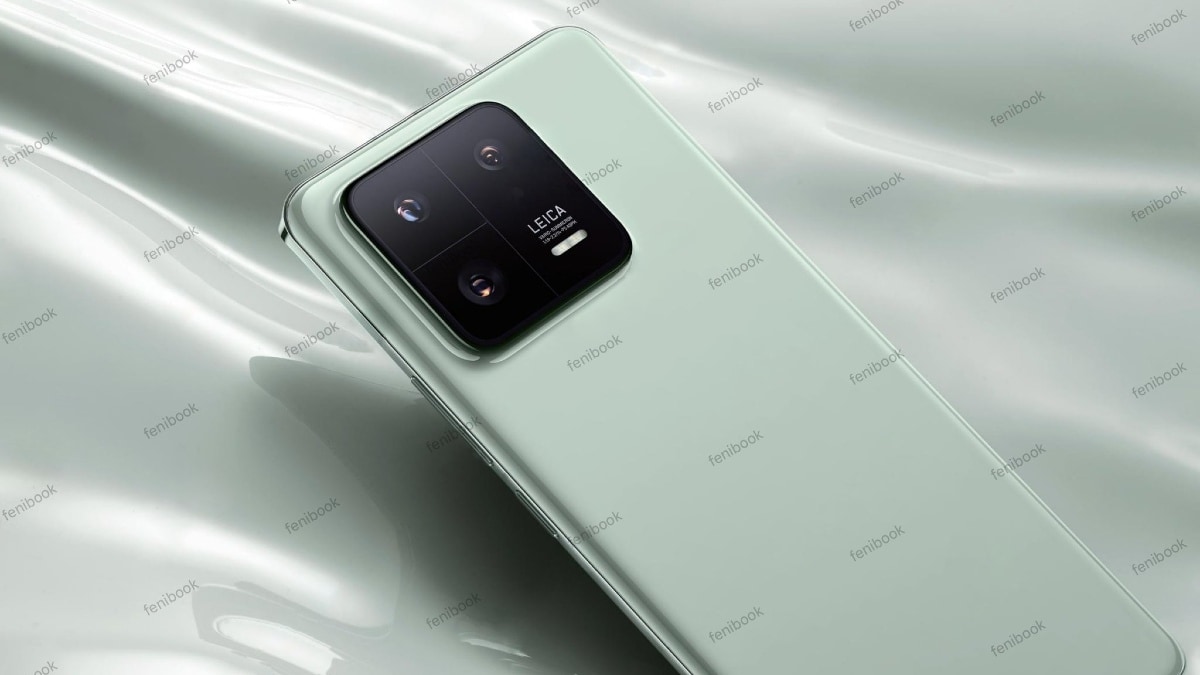 Xiaomi 13 series — including the vanilla Xiaomi 13 and Xiaomi 13 Pro — will launch in China on December 1. The Chinese tech giant has confirmed that its upcoming flagship lineup will be powered by a Snapdragon 8 Gen 2 SoC. They will also get a high-end OLED display with a 1.6mm narrow bottom bezel. Xiaomi is yet to disclose the designs and detailed specifications of the Xiaomi 13 series. However, a notable tipster has now leaked a render of the Xiaomi 13 Pro that suggests the design of its rear panel.

The supposed Xiaomi 13 Pro render was leaked by tipster fenibook (Twitter: @liujianjian29). It is depicted to feature a square-shaped camera module housing a triple rear camera setup. The Xiaomi handset is also said to sport Leica branding on the back. It appears to feature volume rockers and a power button on the right edge as well.

Xiaomi has confirmed that the Xiaomi 13 series will debut in China on December 1. During the event, it will also unveil MIUI 14, Xiaomi Buds 4 TWS earphones, and Xiaomi Watch S2.

This upcoming Xiaomi smartphone is said to get a 50-megapixel Sony IMX989 primary sensor, along with two 50-megapixel secondary cameras. It may feature a 32-megapixel selfie camera as well. The Xiaomi 13 Pro could house a Surge C2 image signal processor (ISP) for improved camera performance. The handset is expected to have a 4,800mAh battery with support for 120W fast charging.

Xiaomi 12 Pro is littered with features, but is that enough? We discuss this on Orbital, the Gadgets 360 podcast. Orbital is available on Spotify, Gaana, JioSaavn, Google Podcasts, Apple Podcasts, Amazon Music and wherever you get your podcasts.