Doctors said that the surgery was complicated since the tumour occupied the entire abdominal area. 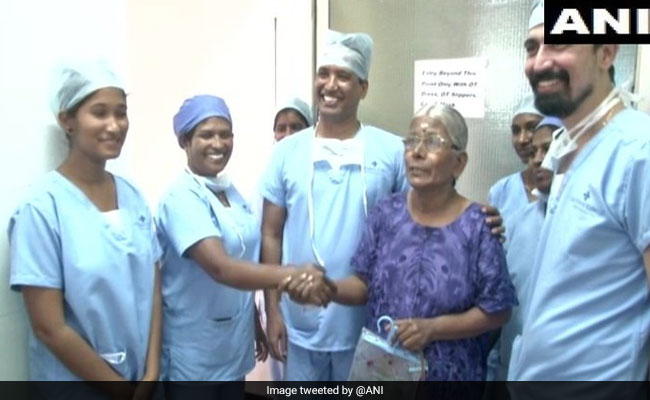 Doctors said the woman had made a speedy recovery.

A 56-year-old woman in Tamil Nadu's Coimbatore has got a new lease of life after doctors successfully removed a 7 kg-tumour from her stomach.

"The woman was operated two years ago for the abdominal problem. When doctors cut open her abdomen, they found a big tumour. At that time, the doctors believed removing the tumour could threaten the woman's life. However, we were able to remove it now," Dr Shendil Kumar, who operated upon the woman," told news agency ANI.

"It was a large tumour occupying the entire abdomen area. We later decided to do the surgery. The tumour involved the intestine, uterus, right kidney and right urine tube. It was a challenge for us. We took all precautions and successfully removed it," he added.