On Sunday, 1.4 lakh transport workers in Tamil Nadu had announced an indefinite strike after talks with the government had failed. A majority of the 22,000 government buses were off the roads. 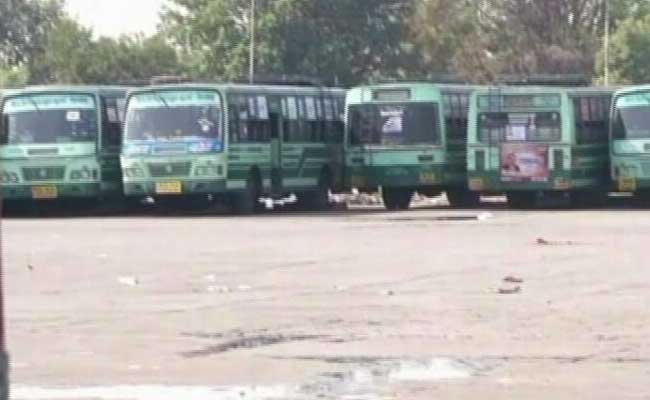 During the strike, the government had deployed spare buses of private bus operators

Chennai: In a major relief to commuters across Tamil Nadu, transport unions called off their indefinite strike on Tuesday evening. Workers will resume work from Wednesday, although complete normalcy is expected only from Thursday.

The government has assured the 10 striking unions that it would immediately disburse Rs 1,250 crore towards clearing various pending dues, besides settling dues of pensioners by September.

"Of the 1,700 crores due for retired workers the government has agreed to settle 1,250 crore immediately and the rest would be paid in three months. Wage revision talks will begin immediately. The strike period would be treated as leave and there would be no victimization," said Centre of Indian Trade Unions leader Soundararajan.

The government, transport unions add has also agreed to improve the financial condition of transport corporations which are presently under huge losses.

The announcement came after the Madras High Court warned of action under Essential Services Maintenance Act or ESMA if transport workers did not resume work.

On Sunday, 1.4 lakh transport workers had announced an indefinite strike after talks with the government had failed. A majority of the 22,000 government buses were off the roads.