Read inOther Languages
This Article is From Jul 05, 2019

Solairajan, 24, and his three-month pregnant wife Jothi, 21, were killed in Tamil Nadui, allegedly over their inter-caste marriage. 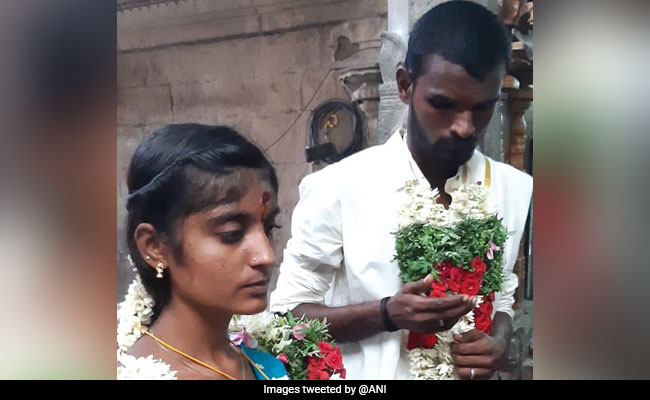 Initial investigation reveals that the woman's parents were against the marriage.

A husband and his pregnant wife were hacked to death by a group of men on Thursday, allegedly over their inter-caste marriage in Tamil Nadu.

Solairajan, 24, and his three-month pregnant wife Jothi, 21, were killed in Thoothukudi.

"Solairajan, who comes from the Parayar community, had fallen in love with Jothi, a Pallar. Since both were working in a salt pan, they decided to marry," police said.

Initial investigation reveals that the woman's parents were against the marriage.

"Jothi's parents opposed the marriage, so she left her home. The couple married in April. However, there was no opposition from the groom's parents who accepted the couple," the police added.

The father of the girl has been arrested over suspicion of being involved in the murders after the man's family filed a complaint.

This is the second such reported incident in Tamil Nadu within a week. On July 25, an inter-caste couple were allegedly killed in the state's Coimbatore city.