Tamil Nadu Chief Minister MK Stalin said officials would be consulted and the issue will be studied on implementation of 10.5 per cent sub-quota for Vanniyars, a Most Backward Community. 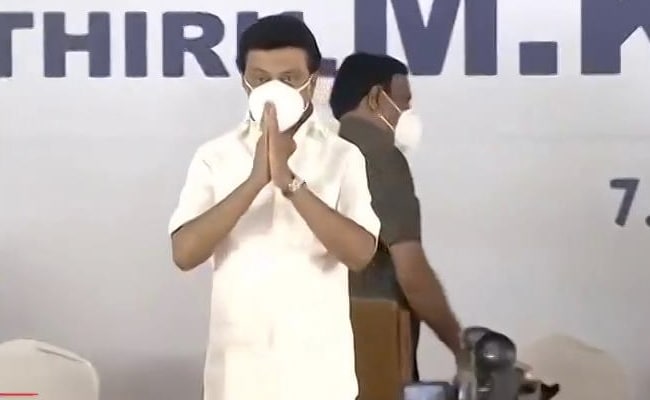 Tamil Nadu Chief Minister MK Stalin the focus till now had been on the pandemic. (File)

Tamil Nadu Chief Minister MK Stalin on Wednesday told the Assembly that a good decision would be taken on implementation of 10.5 per cent sub-quota for Vanniyars, a Most Backward Community.

Answering Pattali Makkal Katchi's GK Mani, who sought implementation of the 10.5 per cent internal reservation for Vanniyars, MK Stalin said ever since the DMK took over the reins of governance on May 7, the focus had all along been on bringing down COVID-19 cases and prevent its spread.

Only now, the number of cases has dropped and the government has got a little breather to focus on other things, he said.

Officials of departments related to the matter would be consulted and the issue will be studied and "certainly a good decision will be taken and I would like to convey that," the Chief Minister said.

During the fag end of its tenure, the AIADMK government had passed a Bill in February providing internal reservation of 10.5 per cent for Vanniyars, a most backward community in government jobs and in admission to educational institutions.

The sub-quota was provided following agitations by PMK, an ally of the AIADMK, which is now the main opposition party.

The government, during the passage of the Bill, had said that the internal reservation was temporary, for about six months, and with receipt of inputs from a panel set up to collect caste-wise quantifiable data, the sub-quota system for MBCs and DCs would be re-arranged.