The boy's mother had borrowed the money following her husband's death after their family house collapsed near Pattukottai, in Tamil Nadu 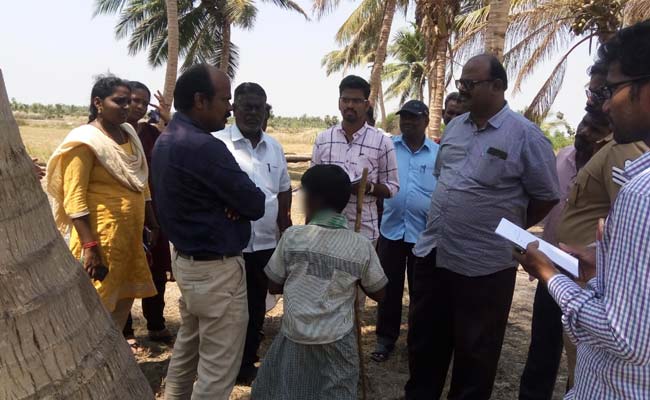 A 10-year-old boy, allegedly working as a bonded labourer, was rescued in Tamil Nadu's Thanjavur district on Wednesday after a non-profit group alerted officials. The boy's mother had allegedly handed him over in exchange for Rs 36,000 that she had borrowed from the landlord for the funeral of her husband who was killed during cyclone Gaja in January.

The boy is now at a children's home in Thanjavur and is eligible for a state rehabilitation package of Rs 2 lakh. This is the second case of a child being rescued from alleged bonded labour, after the cyclone devastated communities in coastal Tamil Nadu.

The boy's mother had borrowed the money following her husband's death after the family's house collapsed near Pattukottai. As she couldn't repay the money, she allegedly gave one of her sons as a bonded labour, to repay the loan.

The Class 5 dropout was asked to look after 200 goats day and night and for the last two months his only meal was a bowl of gruel in the morning. "The boy lived with the goats 24x7. He wasn't even given a place with a roof for resting," Parthima Raj, chief of the non-profit group that alerted officials told NDTV.

The boy's mother wasn't reachable for comments when NDTV tried to contact her.

The landlord, P Mahalingam, who had allegedly exploited the boy, is missing.

"A bank account would be opened and we would take all steps to deposit Rs 2 lakh he's eligible for. We will also register a police complaint to bring the landlord to justice," C Suresh, the Revenue Divisional Officer of Thanjavur told NDTV.

After cyclone Gaja, another boy was allegedly sold to a man by his father, as he was unable to repay the loan he had taken after the family lost their home. Activists say, there could be more cases of human trafficking and bonded labour in Gaja-hit areas of the state.