Periyar, who began the Self-Respect Movement and founded the first Dravidian outfits in the country Dravidar Kazhagam, is a revered figure in Tamil Nadu. 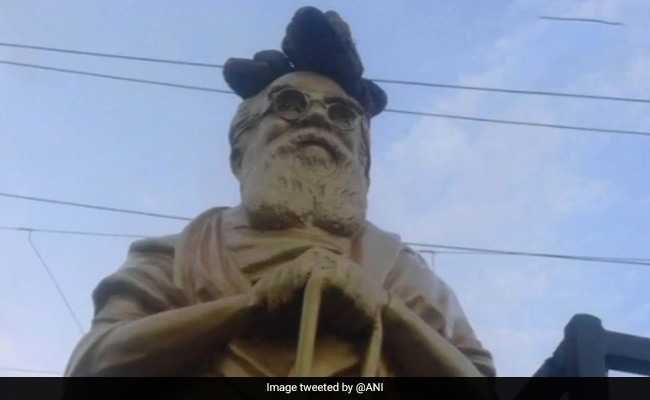 On the 139th birth anniversary of Tamil icon and social activist EV Ramasamy, famously called Periyar, one of his statues was found to be vandalised by unidentified men in Tamil Nadu. A pair of footwear was also kept on the top of the Periyar statue, located in Tiruppur, reports news agency ANI. The matter is under investigation.

This is not the first time that Periyar's statue has came under attack. In March this year, his bust was demolished in Vellore. Later that month, a jawan of the CRPF was arrested for vandalising the statue of the Dravidian movement icon. The jawan had climbed on the platform, smashed the statue's head off and placed it near a traffic roundabout in Pudukkottai. He was traced with help of a CCTV camera installed nearby.

Periyar, who began the Self-Respect Movement and founded the first Dravidian outfits in the country Dravidar Kazhagam, is a revered figure in Tamil Nadu. His Self-Respect movement was extremely influential not just in Tamil Nadu, but also overseas in countries with large Tamil population such as Malaysia and Singapore. "There should be no differentiation amongst the people. All should be treated as equals," he had said. 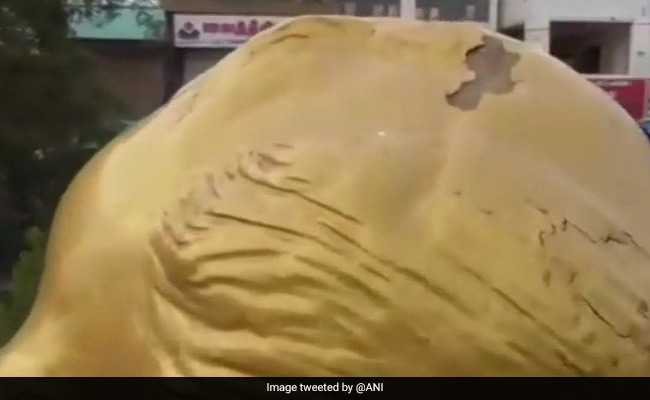 Periyar statue was vandalised on his 139th birth anniversary.

The early Dravidian movement during the 1930s was also led by Periyar who demanded an independent Dravidian nation, which included all four Dravidian speaking states of South India. In his 1957 speech, held the central government responsible for maintaining the caste system. He closed his speech with a "war cry" to join and burn the map of India. This induced thousands of Tamilians to burn the Constitution of India. Periyar was sentenced to six months imprisonment for burning the Indian Constitution.

Days before his death, he declared a call for action to gain social equality and a dignified way of life. He died on December 24, 1973, at the age of 94.