A statement issued Saturday night by Apollo Hospital said it was served a copy of the petition dated December 27. 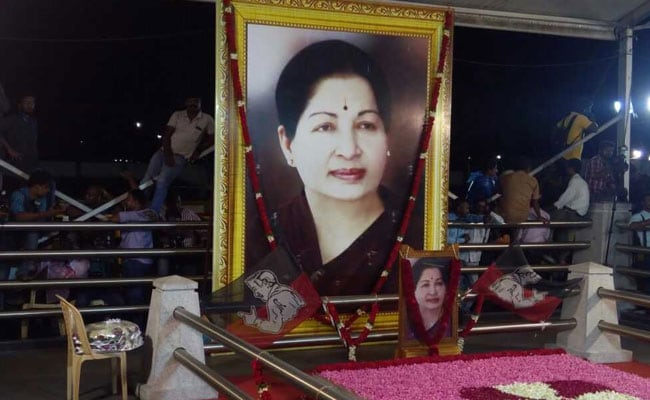 A petition has been filed before a Commission of Inquiry probing the death of former chief minister J Jayalalaithaa by its counsel, raising serious medical issues regarding her treatment at the Apollo Hospital.

The hospital has, however, strongly refuted the allegations against it raised in the petition.

A statement issued Saturday night by Apollo Hospital said it was served a copy of the petition dated December 27.

"It is surprising that the commission is itself filing this petition against other parties," the hospital said, adding that the proceedings before the inquiry panel cannot be "accusatorial" in nature.

The hospital said the plea before the panel referred to three senior doctors advising an angiogram on Jayalalithaa.

"This is incorrect. It was only a single external doctor who on November 25, 2016 visited the late CM for a few minutes and suggested immediate angiogram without going into all the other co-morbidities, including her compromised respiratory condition, which could have potentially inhibited the desired outcome," it said.

The hospital said its team of doctors and Richard Beale, a UK-based specialist, did not think it was wise to do an angiogram based on the medical opinion of that doctor who wanted to "perform the procedure and leave immediately out of the country with no commitment to her follow-up care."

Citing medical evidence in the form of depositions of multiple doctors, and related medical reports including echocardiogram and blood tests, the hospital asked why was the "commission choosing to ignore the material evidence in this regard".

Complicated medical terminologies in English have been incorrectly translated into Tamil and the context and meaning of medical facts have been lost in interpretation and translation, the hospital alleged.

"This petition only strengthens our case for the immediate appointment of a medical board who will understand the complexities of the late CM's treatment," he said.

The hospital argued that without a medical board no finding of the panel would be "complete" or based on medical science. "The Supreme Court has repeatedly held that a judge cannot substitute a medical specialist's opinion with his own," it said.