Temple authorities stated that the vessel containing the gold coins has been handed over to the police by the Hindu religious and charitable endowment department. 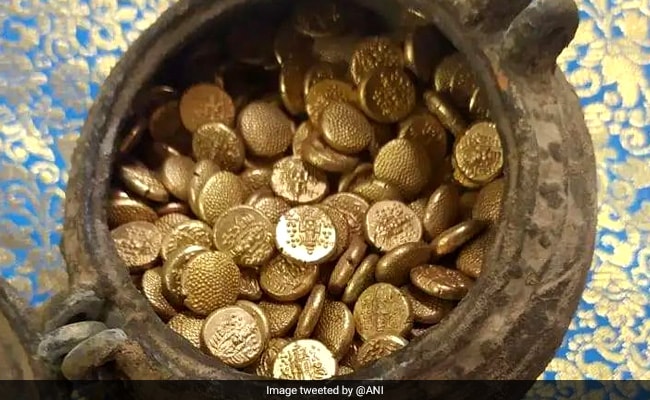 As many as 505 gold coins weighing 1.716 kilograms were found in a vessel while digging near the Jambukeswarar Temple in Thiruvanaikaval in Tiruchirappalli on Wednesday.

Temple authorities stated that the unearthed coins, 504 small and one big gold coin, have letters in the Arabic script etched on them which could date back to 1000-1200 CE.

Tamil Nadu: 505 gold coins weighing 1.716 kg found in a vessel during digging at Jambukeswarar Temple in Thiruvanaikaval, Tiruchirappalli district yesterday. Coins were later handed over to the police. pic.twitter.com/1zYHJZ2MLd

They stated that the coins, buried in a vessel, were found at the depth of about seven feet. Authorities stated that the vessel, along with the gold coins, has been handed over to the police by the Hindu religious and charitable endowment department.

The recovered vessels and the coins were kept in a treasury for further investigation.