MG Ramachandran, a former matinee idol, is fondly addressed as MGR by supporters and party workers. 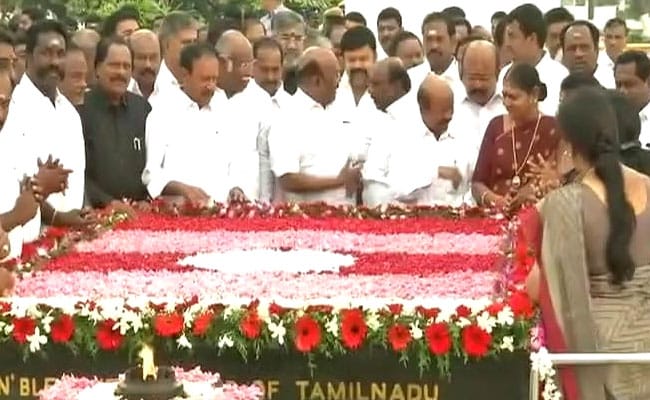 The leaders and functionaries vowed to take forward the party rule for many more years.

Mr Ramachandran, a former matinee idol, is fondly addressed as MGR by supporters and party workers.

Later, the AIADMK leaders took a pledge to strive for the party's well-being and sustained growth.

The party leaders and members pledged to "work hard to ensure that the rule of AIADMK, founded by MGR and taken forward by Amma (the late Jayalalithaa)," continues for many years.

Promoted
Listen to the latest songs, only on JioSaavn.com
The AIADMK was founded by MGR.

Later, the leaders, including party's candidate for RK Nagar bypoll E Madhusudhanan, paid floral tributes at the mausoleum of Jayalalithaa at Marina.