It was a debilitating blow for the E Palaniswami- O Panneeselvam duo, also known as EPS and OPS, who only recently merged their factions of the party and were recognised as the "real AIADMK" and were allotted the party's two-leaf symbol.

EPS and OPS have alleged a "tacit understand" understanding between Mr Dhinakaran and the DMK.

It is seen as a debilitating blow for Chief Minister E Palaniswami or EPS and his deputy O Panneerselvam or OPS, who only recently merged their factions of the party and were recognised as the "real AIADMK" and were allotted the party's two-leaf symbol. They asserted after the meeting today that the RK Nagar result is "not a defeat" for the party, accusing Mr Dhinakaran of "purchasing victory with money."

Those who have been sacked today were all district secretaries of the party and include some of the 18 AIADMK legislators who have been openly supporting Mr Dhinakaran and were disqualified earlier by the Tamil Nadu assembly Speaker. "Action has been taken against betrayers...action wasn't taken against these office-bearers even after sacking Dhinakaran. We thought they would change, but they've not," said EPS, who is also the party's deputy chief. "The verdict in RK Nagar was not a defeat for the AIADMK. Dhinakaran's victory was purchased by money," he added.

O Panneerselvam, who is AIADMK chief, has denied "internal conflict" in the party and said today, "Ups and downs are common in politics. None can take even a brick from the party. Dhinakaran a liar. We will fight this setback."

TTV Dhinakaran's victory opens up the possibility of yet another realignment in the state's ruling party. "We are the true AIADMK," declared Mr Dhinakaran, who is the nephew of VK Sasikala, in jail over corruption charges. 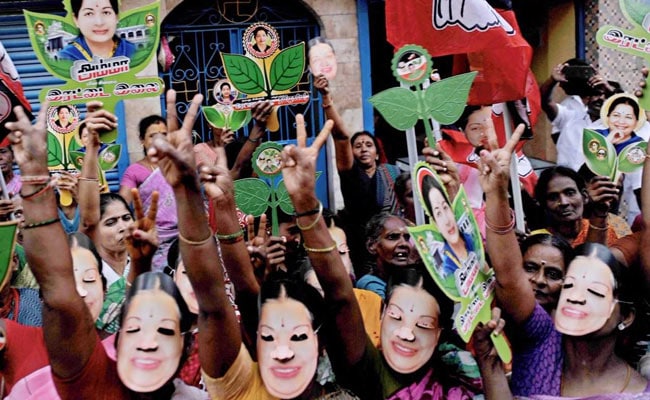 "People gave us this victory... people believe in Mr TTV Dhinakaran...they said he will be the right person to lead the AIADMK and they have shown it in the election," said CR Saraswathi, a leader of a rebel faction of the AIADMK led by Sasikala and Mr Dhinakaran, adding, "All MLAs will come to Dhinakaran's side".

Since the death last December of J Jayalalithaa, the AIADMK's powerful boss, its legislators have scurried from one camp to another amid a massive leadership vacuum. Soon after her death her long-time companion Sasikala had taken control of the party as its chief, but the AIADMK split after she attempted to become chief minister too, forcing O Panneerselvam out of the top post. Sasikala was sent to jail before she could become chief minister, but she appointed her nephew Mr Dhinakaran as deputy party chief and her loyalist E Palaniswami as chief minister.

Months later, when EPS and OPS merged their factions, they sidelined Mr Dhinakaran and Sasikala. Both campaigned hard in RK Nagar, the battle for which became not only a prestige contest but was also seen as a test of the popularity of the EPS-OPS team. 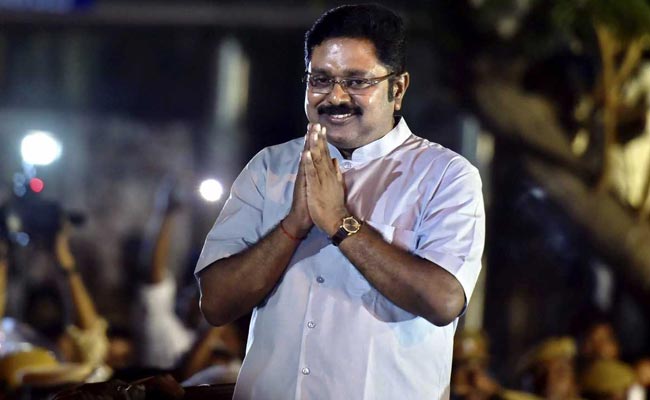 The two leaders have also alleged a "tacit understand" understanding between Mr Dhinakaran and main opposition party the DMK to "defame Amma" or J Jayalalithaa, saying in a statement on Sunday that they were "amazed how DMK is pushed to a situation where it could not even get the primary votes it has in RK Nagar."

The DMK has rejected the charge and alleged that state ministers helped Mr Dhinakaran "distribute money to voters".

Promoted
Listen to the latest songs, only on JioSaavn.com
Questioning how Mr Dhinakaran could have polled more votes than Ms Jayalalithaa, a party spokesperson said, "they have pumped in 250 crores within six months. Last April they paid 150 crores and now 100 crores... both the Two Leaves (AIADMK) and the TTV Dhinakaran faction".

The DMK has hoped to benefit from the AIADMK's fall in ratings and Mr Dhinakaran's victory has dealt a big blow to that party too. The DMK had fielded a strong local, Marudhu Ganesh, in RK Nagar hoping to wrest the VIP seat from the AIADMK. The by-election was also seen to test the leadership of the DMK's MK Stalin, who is now working president of the party and trying hard to emerge from the shadow of his father and the party's founder M Karunanidhi.