Narendra Modi, Xi Jinping Informal Summit In Mahabalipuram: As Prime Minister Narendra Modi and Chinese President Xi Jinping are set to visit the over 1,000-year-old monuments, an archaeologist shares a deeper understanding of the magnificent sculptures which show the brilliance of its creators. 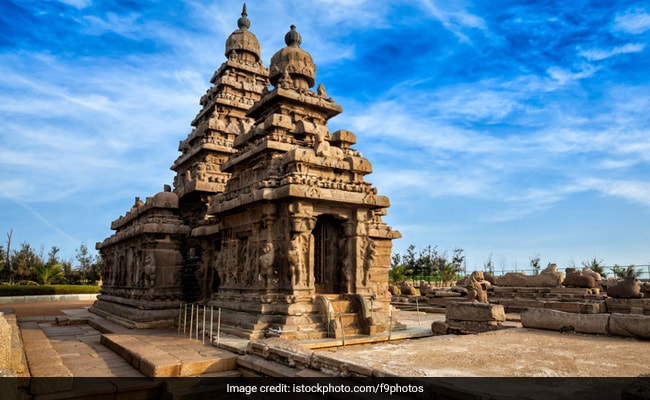 The ancient monuments of Mahabalipuram, which locals call Mamallapuram, have been spruced up ahead of this week's informal summit between Prime Minister Narendra Modi and Chinese President Xi Jinping.

The monuments show the artistic genius of Pallava era artisans, who created poetry in stone to bring alive several ideas like the time of the day, long before the clock was invented.

As Prime Minister Narendra Modi and Chinese President Xi Jinping are set to visit the over 1,000-year-old monuments, a deeper study of the magnificent sculptures brings out the brilliance of its creators.

On the Mamallapuram (Mahabalipuram) monuments, noted archaeologist T Satyamurthy said "the Pallava artisans excelled all their counterparts anywhere else."

Illustrating his point, the renowned scholar, who was formerly superintending archaeologist of the Archaeological Survey of India, referred to the grand work of Arjuna's penance to get "Pasupatastra" (most destructive weapon) from Lord Shiva.

The Lord wears "jata-mukuta," (a crown of artfully plaited braids) with Chandra (moon) decorating it at the Centre and along with "ganas" (attendants) he arrives to shower boons and all of these are skillfully sculpted.

"It is unique in many respects, including the selection of the rock for such execution," Mr Satyamurthy said.

Two large boulders (192 x 92m) with a narrow fissure in between were selected to represent a series of rows of deities (gods and goddesses). A narrow split in between the boulders divides the entire scenery into two blocks vertically and the fissure is converted into a flowing river.

Nagas and Naginis are carved in this gap, further strengthening the artistic scene as the event that took place on the banks of a river. The depiction is again divided into two horizontal planes showing celestial occurances over a huge hill the upper plane. The lower plane shows daily life on the banks of a river in ancient India.

It includes rituals by learned men and women in front of a miniature Vishnu shrine.

"The upper panel is found to be more animated with rows of deities, the Chandra, Surya, pairs of Kinnaras, Siddhas, Gandharvas, and Apsaras all glancing at a central point where a sage stands on his left foot deeply engaged in penance," he pointed out.

It also shows hunters, sages, disciples and wild animals like the lion, tiger, elephant and boar. "The group of elephants so faithfully true to nature are a real masterpiece, enhancing the charm of this wonderful carving," Mr Satyamurthy said.

In the vicinity is a temple of Vishnu, where a number of sages are depicted in deep meditation. Below them are their disciples, one of them carrying water in a pot on his shoulder, another wringing out water from a wet cloth and a third engaged in "suryopasthana."

Suryopasthana is a posture wherein the hands are joined together by interlocking fingers and are placed just above and in front of the forehead. The joined fingers are adjusted in a manner to create an opening through which the sun is seen as "madhyanikam sandhyavandana" - a prayer performed at noon.

"In accordance with dharma sutra texts,this prayer has to be performed at noon. The sculptor created this scene within the frame to indicate that the event took place at noon. Hence, this miniature carving at the lowermost part of the great relief became a clock of the Pallava period," the archeologist noted.

A hermit is carved on the lower-most segment and he is on the southern side of the river, looking at the sun in the northern direction. "It indicates Uttarayan (movement of the sun towards the north).. interestingly, the sun and moon are placed on both sides of the river over the sky... they are in opposite directions. Such an astronomical position happens only on a full moon day. Through this the "tithi" is indicated, which is a full moon day," he explained.

The season ''Vasanta ritu (Spring)" is indicated by the fully ripened seasonal jackfruits in the forest. "The event thus took place on a full moon day of Vasanta ritu during uttaryana at noon and Lord Shiva granted boon to Arjuna on this day and time, which is considered auspicious," he explains.

Mr Satyamurti said he was thankful to the late Kanchi Mahaswami, Chandrasekharendra Saraswati (1894-1994) for his guidance on areas, including suryopasthana, which was of great use to him in his work.

The Shore temple and Five Rathas are also part of the group of monuments at Mahabalipuram, which are over 1,300 year-old.