Mail Me Your Thoughts, Kamal Haasan To Party Workers After Resignations

The MNM founder, who was defeated in Coimbatore (South) constituency, underscored that he can't change the party's objectives and aims according to the situation and alleged conspiracies. 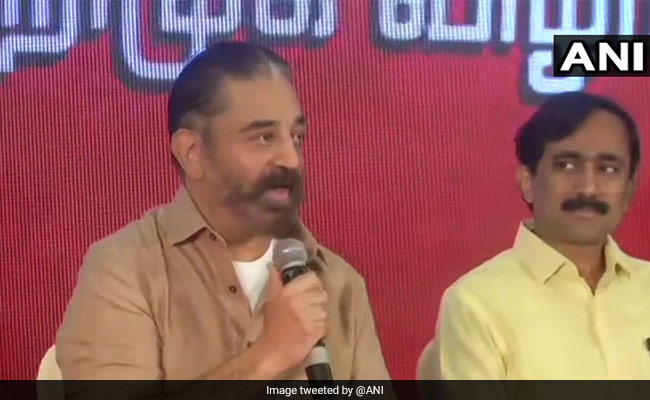 After the devastating defeat, Kamal Haasan has urged his party workers not to lose heart (File)

Actor-politician Kamal Haasan, whose party Makkal Needhi Maiam failed to win a single seat in the just concluded Tamil Nadu polls, on Tuesday asked party members to mail him their thoughts amid murmurs of dissension in the ranks.

The MNM founder, who was defeated in Coimbatore (South) constituency, underscored that he can't change the party's objectives and aims according to the situation and alleged conspiracies.

The appeal comes just days after party's vice president R Mahendran quit alleging a lack of "democracy" in the organisation. Following Mr Mahendran, six others also sent in their "resignations".

Mr Mahendran, who unsuccessfully contested from the Singanallur constituency in Coimbatore, blamed a "few advisors" at "the top" over the running of the party and said Mr Haasan's way of steering the party "is not okay".

Mr Haasan, in a statement, had said that in his bid to bring a change to Tamil Nadu, the party had faced its first assembly elections on April 6 and "efficiently worked in a big war".

"We saw that there were traitors along with enemies in the field. There was a unanimous chorus for weeding out traitors. On top of the list was Dr R Mahendran," Mr Haasan said.

He accused Mr Mahendran of trying to blame others for his "dishonesty and inefficiency" and gain sympathy.

After the devastating defeat, Mr Haasan urged his party workers not to lose heart.

This election was the first for the state to be held in the absence of two towering leaders, former Chief Ministers J Jayalalithaa and M Karunanidhi.

Led by MK Stalin, M Karunanidhi's son, the DMK returned to power after a decade in the state.