In photos of the polling booth, Kamal Haasan is seen in a crisp white shirt standing with his arms crossed behind his daughter Shruti Haasan. Both are smiling as people greet the actors

Actor-politician Kamal Haasan and his daughter Shruti Haasan were among early voters in Tamil Nadu this morning. The father-daughter duo was seen standing in queue at 8 am outside a polling booth in Chennai to cast their vote in the second phase of the Lok Sabha election.

"Today is the day!! Vote because it matters!" tweeted actor Shruti Haasan.

In photos of the polling booth, Kamal Haasan is seen in a crisp white shirt standing with his arms crossed behind his daughter. Both are smiling as people greet the actors.

Today is the day !! Vote because it matters !

Along with superstar Rajinikanth, Kamal Haasan has taken the plunge after holding out for many years. Only Kamal Haasan's new party Makkal Needhi Maiam (MNM) is debuting in the election. He has put up candidates in all 39 Lok Sabha seats and the bypolls as well, hoping to make a dent in the vote share.

Rajinikanth was also seen greeting people after casting his vote in Chennai. 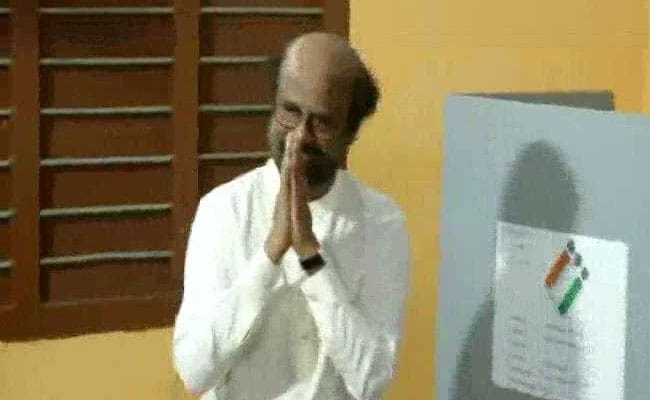 This is also the first major election in Tamil Nadu after the death of the towering personalities of state politics, DMK patriarch M Karunanidhi and AIADMK chief J Jayalalithaa.

The polls will therefore test the leadership of Karunanidhi's son MK Stalin, who succeeded him as party president, and also that of Chief Minister Edapadi Palaniswami and deputy chief minister O Paneerselvam, who now run the government and the AIADMK.

Both the BJP and the Congress are hoping their alliance in Tamil Nadu will give them some room to manoeuvre at the centre, when it comes to support for a coalition.