Kamal Haasan is "in good spirits and working towards speedy recovery", his daughter said, expressing gratitude for "prayers for his well-being and the immense love showered on him." 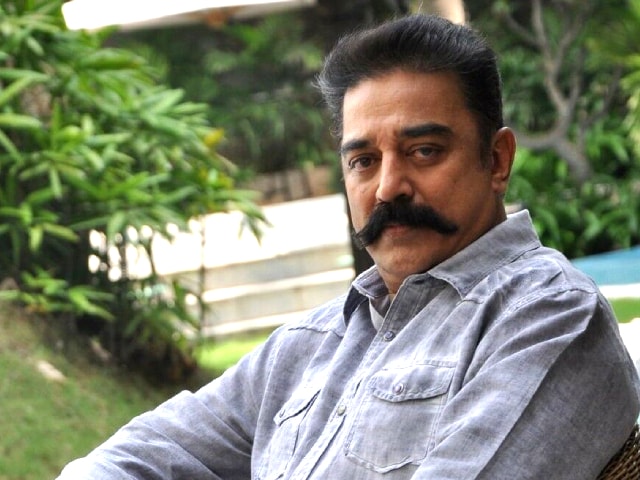 Kamal Haasan has taken a break for the leg surgery. (File)

Actor-politician Kamal Haasan underwent a leg surgery this morning at a Chennai hospital and he is expected to be discharged in four-five days, his daughter Shruti Haasan said today. The 66-year-old seasoned actor whose Makkal Needhi Maiam will face its first assembly election in Tamil Nadu this year has taken a break after finishing the first leg of poll campaign.

In a letter, Shruti Haasan gave an update on her father's health. "We would like to begin by thanking you for your overwhelming support, prayers, and genuine concern regarding our father's recent medical procedure. We are happy to inform all of you that the surgery was a success!" read the letter shared on Twitter.

The surgery was performed at Sri Ramchandra Hospital in Chennai.

Mr Haasan is "in good spirits and working towards speedy recovery", his daughter said, expressing gratitude for "prayers for his well-being and the immense love showered on him."

On behalf of @ikamalhaasan here's an update ! Thankyou for all the ❤️ pic.twitter.com/poySGakaLS

"The doctors, attendees, and the hospital management are taking wonderful care of our father and he is doing well, is in good spirits and working towards speedy recovery. He will return home in four to five days. After a few days of rest and recuperating from the surgery, he shall be ready to interact with people as always. A heartfelt Thank You from us for all your prayers for his well-being and the immense love showered on him. We are grateful that your good energy will be a big part of your speedy recovery!" the 34-year-old actor wrote.

On Sunday, Kamal Haasan had said he "will come back fully rejuvenated within a few days to resume my campaign with a new vigour".

Mr Haasan had been travelling extensively to campaign for April-May state election despite doctors' advise to him to rest. Due to an accident a few years back, I had undergone a surgery on my leg. In continuation to that surgery, I was required to undergo a follow up surgery. The doctors had advised me to take rest till then. I undertook my professional and political responsibilities superseding the advise given, to enable me to reach out to my brothers and sisters," his letter - shared on the microblogging site in Tamil and English - read.

In 15 days, he travelled 5,000 km across the state. He will use the period of rest "to reflect on the learnings and understanding of the first leg of the campaign", the actor-politician has said.

In a recent interview to NDTV, Kamal Haasan had said he would seek megastar Rajinikanth's support, now that he has opted out of politics. "I will seek Rajinikanth's support. Any goodwill will help. He is a friend. People will have to now take sides, endorse those who something different. It's a battle between honesty and corruption," he said.

Strain In DMK-Congress Alliance In Puducherry, Months Before Polls