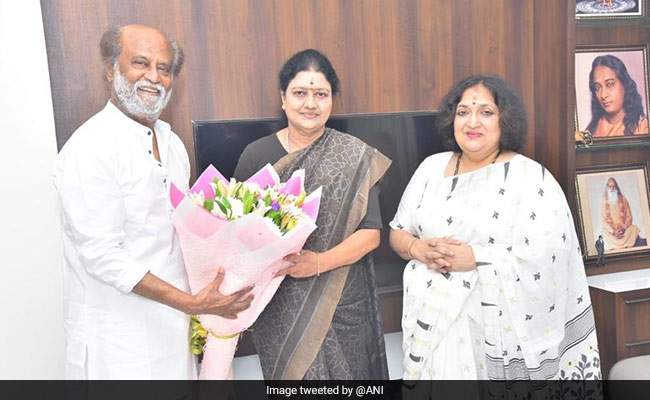 In September 2017, Ms Sasikala was formally removed as the AIADMK chief.

Ms Sasikala greeted Rajinikanth on his Dadasaheb Phalke award and also enquired about his health, it said.

The superstar had undergone a Carotoid revascularisation procedure in October this year.

In January this year, VK Sasikala, expelled from the AIADMK following an internal power struggle, was released from jail in Bengaluru after serving a four-year imprisonment in a disproportionate assets case.

In September 2017, Ms Sasikala was formally removed as the AIADMK chief.