O Panneerselvam Backed By 10 Parliamentarians In Battle Against Sasikala 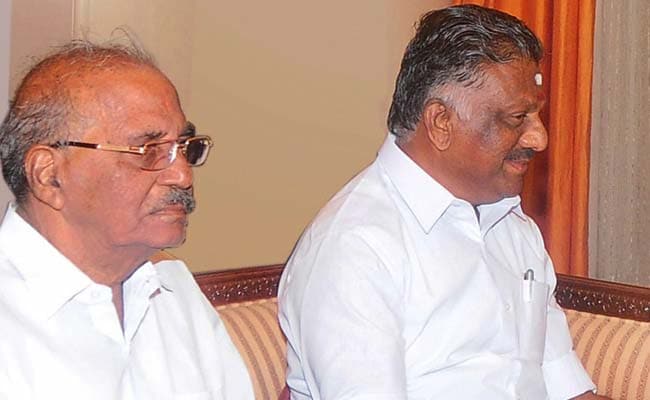 Or Panneerselvam can eventually command support of 100 or more legislators, said K Pandiarajan.

Chennai: Ten parliamentarians - 8 from the Lok Sabha and two from Rajya Sabha -- extended support to acting Tamil Nadu Chief Minister O Panneerselvam on Sunday. While it has no direct bearing on Mr Panneerselvam's support in the state assembly - which is necessary to become a Chief Minister -- it is seen as a factor that would influence many legislators who are currently supporting party general secretary VK Sasikala. Mr Panneerselvam is estimated to currently have the support of six legislators. But state minister K Pandiarajan -- one of Ms Sasikala's most trusted lieutenants who changed camp on Saturday -- has said their eventual strength is expected to cross three digits.

The AIADMK has 37 MPs in Lok Sabha and 13 in Rajya Sabha.

But sources have said at this point, the Governor's concern is not numbers, but the need to provide a stable government in the state. Ms Sasikala is accused in an assets case, whose verdict from the Supreme Court is expected later in the week. If convicted, she will be unable to hold office or stand for elections for six years.If she wins trust vote, she has to be elected within six months.

Promoted
Listen to the latest songs, only on JioSaavn.com
Mr Panneerselvam had stood in for former Chief Minister J Jayalalithaa twice in the same assets case when she was forced to step down.

Ms Sasikala's camp has claimed she has the support of 127 legislators, including 27 ministers, who are currently in a luxury resort so they cannot be approached for support by Mr Panneerselvam's faction.