DMK Objects To Yagna For Jayalalithaa Memorial, Calls It "Violation Of Secularism"

Jayalalithaa memorial: The DMK says that the AIADMK can have a private yagna, but it can't be a government function 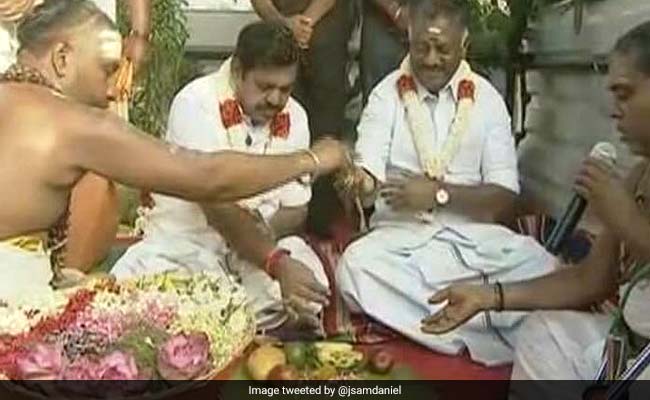 The DMK called the "yagna" yet another attempt by the ruling AIADMK to appease the BJP.

Chennai: Over a year after former Tamil Nadu Chief Minister Jayalalithaa was laid to rest at Marina Beach in Chennai, next to the memorial of her mentor MGR, the foundation stone laying ceremony for Amma memorial was held this morning. Chief Minister Edappadi K Palaniswami and his deputy O Panneerselvam attended the yagna organised at her burial site to kick-start the construction.

The opposition DMK in Tamil Nadu, however, objected to the religious ceremony organised by the government saying that such an event "violates the secular culture of the state".

"This has never happened. Their party can have a private yagna, but it can't be part of a government function. This is yet another attempt by the ruling AIADMK to appease and prove their loyalty to the BJP," DMK spokesperson A Saravanan said.

The design released by the government for the Rs 50-crore memorial reflects a phoenix. It was selected from a list of entries received as part of a competition. The coastal regulation act prohibits erection of fresh memorials along the Marina Beach. Hence, the existing MGR memorial was chosen to bury Jayalalithaa and for the new structure to circumvent restrictions. 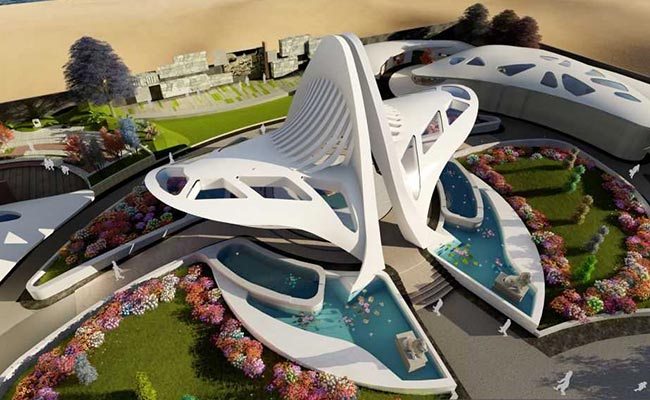 The Rs 50-crore memorial for former Chief Minister J Jayalalithaa is designed like a phoenix.

The world's second longest beach is already home to statues as well as memorials of former chief ministers.

J Jayalalithaa was the key accused in the disproportionate assets case. She died in December 2016 while she was still Chief Minister and was out on bail in a corruption case. Two months after her death, the Supreme Court indicted her and upheld the lower court verdict sending back Jayalalithaa's aide Sasikala and a few others to jail.

Promoted
Listen to the latest songs, only on JioSaavn.com
After her death, the DMK demanded that Jayalalithaa's portraits be removed from government offices. The DMK had also objected to the installation of a portrait of Ms Jayalalithaa in her green sari inside the Tamil Nadu assembly.

Calling it a "disgrace", the DMK then approached the Madras High court demanding its removal from the assembly. The court, however, dismissed the petitions.