Day after storm, hunt on for water, milk 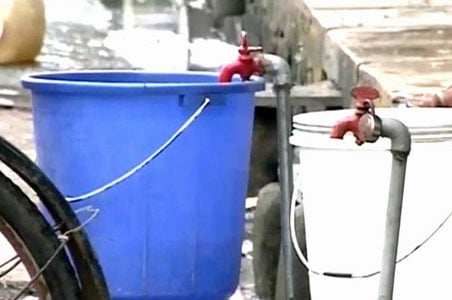 Cuddalore: A day after cyclone Thane unleashed a wave of destruction, hapless people in the worst-hit Cuddalore district were struggling get essential items, including water and milk, even as officials stepped in to provide relief.

With five more persons killed in Cuddalore district, three in Kancheepuram and one in Theni, the toll in cyclone- related incidents in Tamil Nadu and Puducherry went up to 42 on Saturday.

According to sources, over two lakh houses were damaged in Cuddalore district alone. Four Indian Administrative Service officers, six Deputy Collectors and five Revenue Divivsional Officers from other parts of the Tamil Nadu have been deputed to the district.

Saturday morning saw hundreds of people crowding near milk vans, but due to the high demand, the supply ran out soon. "I have been travelling around the town to buy milk for my children, but no luck so far. At Thiruppapuliyur, milk packets were being sold for Rs 50. I rushed to the spot, but to no avail. I am ready to pay more than Rs 50, but milk is just not available," said Anand, a resident of Vandipalayam.

Only a few shops opened shutters on Saturday due to which the demand for vegetables and other cooking products was very high.

Promoted
Listen to the latest songs, only on JioSaavn.com
People stopped a lorry that was carrying drinking water towards Cuddalore via Panruti at Chavadi village and took all the water.