The sport synonymous with Pongal festivities was held in Madurai and Sivaganga districts in the second week of January this year. 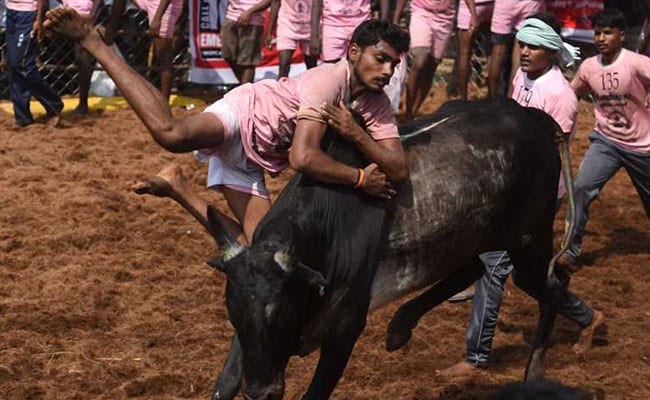 In Jallikattu, a bull is released among group of people who try to hold onto the animal as it escapes

Coimbatore: The stage is set for the city's first ever bull taming sport of Jallikkattu today.

750 bulls and 500 tamers have registered so far to participate in the event, district collector TN Hariharan, who inspected the 25 acre arena, said.

The event which is being jointly organised by the city corporation and Omkar Foundation, will be flagged off by Municipal Administration Minister SP Velumani.

Jallikattu was banned in Tamil Nadu following a May 2014 Supreme Court order, before the state government last year brought an ordinance to facilitate its conduct amid massive protests at Marina Beach in Chennai and several other places across the state.

Promoted
Listen to the latest songs, only on JioSaavn.com
Despite protests, Jallikattu was held in the third week of January and in the first week of February in some places, including in Palamedu, last year.

The sport synonymous with Pongal festivities was held in Madurai and Sivaganga districts in the second week of this month.